Apple in the enterprise Resistance to Apple in the enterprise is futile, research shows. The need to support Windows alongside Apple creates challenges and opportunities for MSPs. Rise of Apple in the Enterprise

A full 75% of employees choose Mac over Windows, confirming reports that Apple adoption is increasing in the enterprise. 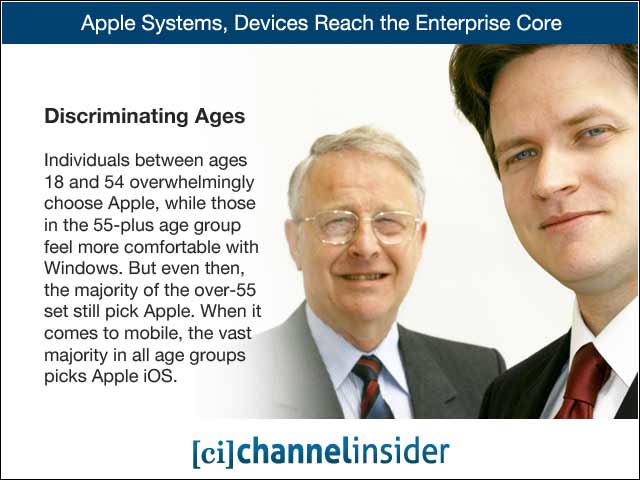 Individuals between ages 18 and 54 overwhelmingly choose Apple, while those in the 55-plus age group feel more comfortable with Windows. But even then, the majority of the over-55 set still pick Apple. When it comes to mobile, the vast majority in all age groups picks Apple iOS. Well over two-fifths (43%) credit Apple with being easier to use. Another 17% said Apple offers the apps they want, while 11% said Apple is more secure. Another 29% cited other reasons. 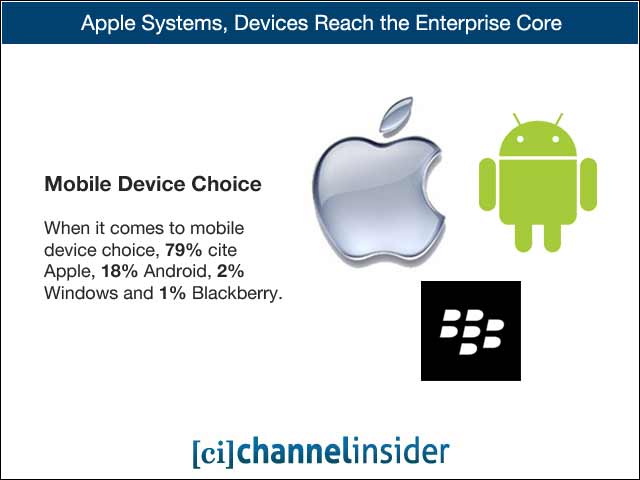 A Matter of Choice

The majority of companies (61%) offer employees a computer and/or mobile device choice; 71% said it’s important for their companies to offer choice. Nearly three out of every four employees who are not currently offered device choices said their organizations should adapt with the changing technology culture. 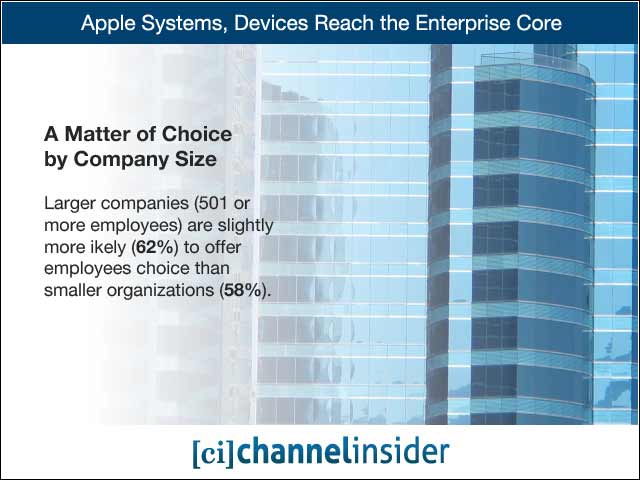 A Matter of Choice by Company Size A Matter of Productivity

While 72% of employees feel they are more productive when they gain access to the technology platform they want, 80% believe offering a choice is now or should be standard operating procedure.