Qualcomm’s annual analyst event in Hawaii this week had enough good weather and interesting news that I didn’t miss my 49″ monitor too much. And the most interesting news is how Qualcomm and Lenovo plan to give enterprises an alternative to Apple.

Lenovo is probably the only company other than perhaps Microsoft that can truly go head-to-head with Apple. My old friend from AMD, Vlad Rozanovich, now Lenovo’s President for North America, shared a fascinating strategy that makes heavy use of Qualcomm’s multiplatform technology strategy to create a stronger alternative to Apple.

Carriers and enterprises have been asking PC OEMs for an alternative so they don’t have to deploy Apple products and, up until now, none of them have really stepped up to address Apple’s complete product set.

This is not a consumer effort; it is one focused specifically on addressing the problem that large companies have buying from Apple.

The Apple Problem for Enterprises

The Apple problem has several layers. First, Apple maintains the most loyal customer base of any PC or smartphone OEM. Second, there is a labor shortage that has resulted in employees being able to demand products that IT could otherwise avoid buying. Third, Apple has historically treated IT like a redundant department and particularly doesn’t like even listening to, let alone meeting, IT concerns about interoperability, security, or volume pricing. Finally, Apple’s extreme focus on margins makes it look like companies are overpaying for Apple solutions, making the related expenses hard to defend and putting IT literally between a cost rock and a finance department single-source-ban hard place (most large firms have policies against single-source contracts and there is only one Apple).

Windows PCs and Android phones are more attractive because they can be bid, the OEMs have lines designed with security they trust, and those vendors will listen and work with IT. But few Windows OEMs have smartphones or business-focused tablets or consistent security that crosses all three platforms.

Also read: How The Semiconductor Shortage Happened – And When It Will Recover

Lenovo and Qualcomm to the Rescue

What Lenovo is building with Qualcomm, partially through their Motorola division, is a focused line designed to both better meet IT needs and provide a level of consistent security and management that embraces all three form factors.

The similarities in the core ARM technology used by Apple and provided by Qualcomm coupled with the use of Snapdragon across PCs, tablets, and a business-focused smartphone should be a game-changer for IT, which wants to remove the complexity from users’ work environments and reduce both remote management overhead and security exposure.

The companies aren’t shooting in the dark, as IT customers, particularly in critical areas like Pharma and Finance verticals, have been demanding such a solution for some time. Lenovo isn’t just unique with their smartphone lines – they are also unique as the only PC OEM that spans the world with their own manufacturing. making them far better at dealing with the current supply shortages.

The result should be a collective line of PCs, tablets, and smartphones that are more secure, easier to manage, more consistent, and that interoperate better than anything Apple has ever delivered. The only remaining challenge, and it is a big one, is getting users on board because moving Apple users has always been a big problem.

Taking the Fight to Apple

The pandemic has created a boon for Apple and a problem for IT in that users can demand and often get Apple products that don’t comply with security, hardware, software, or cost requirements.

Lenovo, with Qualcomm’s help, is moving to fill this gap with a unique blend of products focused on business that span PCs, tablets and smartphones and have the potential, with a well-funded marketing or advocacy program, to finally take the enterprise personal technology fight to Apple.

Lenovo is in a unique position to move on this opportunity if they adequately fund the effort. Suddenly, 2022 looks far more interesting for both Qualcomm and Lenovo. 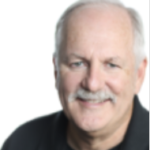 Rob Enderle
Rob Enderle has been a columnist for the TechnologyAdvice B2B sites since 2003. His areas of interest include AI, autonomous driving, drones, personal technology, emerging technology, regulation, litigation, M&E, and technology in politics. He has an AS, BS, and MBA in merchandising, human resources, marketing, and computer science. Enderle is currently president and principal analyst of the Enderle Group, a consultancy that serves the technology industry. He formerly worked at IBM and served as a senior research fellow at Giga Information Group and Forrester.
Previous article
How Channel Partners Can Use Data to Find Business Opportunities
Next article
Best RMM Software 2022: Remote Monitoring & Management Tools