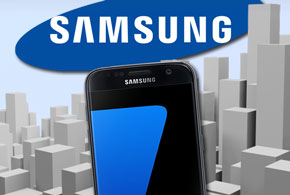 Obviously, the sourcing of unlocked Samsung phones will depend on the relationship between solution providers and their customers. But the opportunity to sell mobile devices that are not tied to a specific service from a telecommunications carrier is expanding, said Eric McCarty, vice president of mobile product marketing for Samsung Business. “There’s a lot of opportunity within certain vertical industry use cases, such as healthcare and retail,” he said.

Here’s the challenge: Because the cost of an unlocked mobile phone is not subsidized by a carrier, many organizations think such a device is an expensive alternative. However, what customers pay in upfront costs is made up for with flexibility, according to Jack Gold, principal analyst for J.Gold Associates. “There are a lot of enterprises that don’t want to get locked into a carrier,” he said.

Reasons for not getting locked into a carrier include the ability to gain access to better services in a different region and to support employees who travel internationally. In the latter instance, an unlocked phone makes it simpler to switch out SIM cards, Gold explained. There also are specific applications in which an unlocked mobile phone can be used within a closed wireless networking environment.

Overall, solution providers make more money on the mobile solution than they do on the actual device. McCarty noted that when solution providers include security tools, accessories and service, they can make as much as 20 to 30 points on a mobile computing solution. Add in the development of mobile applications, and the amount of profit that can be generated increases substantially.

Of course, solution providers don’t necessarily have to resell the mobile phone to take advantage of these opportunities. But bundling the mobile phone within a larger solution does tend to make the total acquisition simpler for the customer.