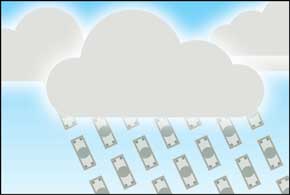 One of the primary issues solution providers face when shifting to the cloud is all the capital costs associated with setting up a cloud management platform. Everything from hosting the applications to managing the billing process winds up eating at the bottom line of solution providers that generally don’t wind up making money on any given contract until at least the second year of the service contract.

MSPs can now invoke a service that includes all the management tools they need to serve their customers, said Brittani Von Roden, chief marketing officer for VAR Dynamics. In contrast, when MSPs, for example, partner with Microsoft, they still have to create their own billing and management framework around Microsoft Office 365.

After recently moving to reduce the cost of its Microsoft Office 365 service to be slightly higher than what Microsoft charges, VAR Dynamics is looking to partner with solution providers that don’t have access to the capital required to make the transition to the cloud.

“We give partner access to a private-label service for delivering Microsoft Office and other SaaS applications,” said Von Roden. “We also provide all the support and billing management they need.”

VAR Dynamics can now be more aggressive on pricing because it has upgraded its backend cloud platform, she said. The new P13 platform also can be used not only to host Microsoft Office 365, but also a set of complementary hosted email, collaboration, security, data protection and mobile computing applications, said Van Roden.

For many reasons, not every solution provider can afford the initial ante required to make the transition to the cloud. Just as important, not every solution provider is going to find it economically feasible to make the investments required to stay competitive in the cloud over an extended period of time. As a result, many solution providers may very well decide they are going to be a lot better off investing in customer-facing consulting services to drive higher revenue rather than acquiring backend IT infrastructure that starts to diminish in value the minute they install it.

Michael Vizard
Michael Vizard is a seasoned IT journalist, with nearly 30 years of experience writing and editing about enterprise IT issues. He is a contributor to publications including Programmableweb, IT Business Edge, CIOinsight, Channel Insider and UBM Tech. He formerly was editorial director for Ziff-Davis Enterprise, where he launched the company’s custom content division, and has also served as editor in chief for CRN and InfoWorld. He also has held editorial positions at PC Week, Computerworld and Digital Review.
Previous articleScality Aims to Help Channel Bridge Storage Divide
Next articleBreach Secure Now Launches New Training Program