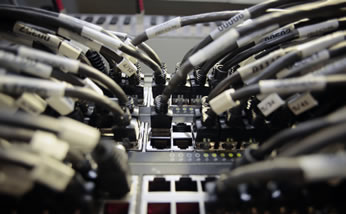 Telecom agents and IT solution providers continue to form tighter, more strategic partnerships, according to an annual benchmarking report from Channel Partners and CompTIA.

A key finding of the study, “Partnering Trends Between Telecom and IT Channels,” reveals that 66 percent of telecom agents and 61 percent of IT companies believe the new partnerships are the result of emerging technologies, such as cloud computing, which have translated into more deals and revenue.

The study finds that partnerships are being driven by several factors, including the convergence of IT and telecommunications, cloud computing and the end customer’s need for a single source for communications and technology services.

“There is an ongoing convergence that we’ve seen for some time now between the network IT world and the telecom world,” said Carolyn April, director, industry analysis, CompTIA.

“The biggest drivers are the emerging models—in particular cloud, which in many ways is driving these groups together as alliances against being ‘disintermediated’ by the carriers and master agents,” she added.

It’s in their best interest to partner with each other for several reasons, including cost savings and a gain in skill sets, said April. In order to gain the skill sets that the IT providers and telecom agents need, it would require either internal staffing or training of existing staff, which requires investments, she added.

“You’re seeing a lot of these folks doing hosted voice over IP and moving away from the traditional PBX systems,” said April. “Telecom agents need the technology prowess of the IT solution providers to provide hosted voice. They are very good at sales and contract renewals, but are not as good at technology—and vice versa. A lot of the solution providers could use that sales help.”

As a result, a key part of these partnerships entails greater joint marketing and selling. IT solution providers surveyed, including resellers and managed service providers, said their joint marketing more than doubled since last year, from 4 to 10 percent, according to the study. Telecom agent respondents said they nearly doubled their joint selling from 10 to 18 percent.

Although the study didn’t find a significant increase in the number of partnerships, what was significant was the strengthening and formalization of those partnerships. “In order for these partnerships to be successful, they have to become more structured and more accountable, and that is on both sides,” said April.

Emerging delivery models, including cloud and managed services, have positively affected these partnerships, according to 90 percent of VARs and 70 percent of agents. A solution provider who is selling cloud services can also sell telecom services by partnering with a telecom agent, and all of those services can be provided over the cloud, said April.

These emerging delivery models are also changing the way customers buy their services. They are increasingly looking for a one-stop shop for everything they need, said April.

Gina Roos, a Channel Insider contributing writer, specializes in the channel and technology.