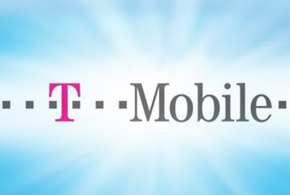 As a provider of wireless services, T-Mobile has been trying to shake up the telecommunications industry via what it calls its “Un-carrier” initiative, which fundamentally alters how these services are delivered. For instance, T-Mobile eliminated the two-year wireless contract, added the ability to upgrade devices twice a year and then eliminated roaming fees.

Additionally, T-Mobile introduced voice over Long Term Evolution (VoLTE) technology and wideband LTE in 15 markets, which is scheduled be available nationwide in the United States by the end of 2014. Now T-Mobile, which on Sept. 10 will host its Un-carrier 7.0 event in San Francisco, wants to get the channel in on the Un-carrier action.

T-Mobile recently created a channel partner program, under which it is seeking to level the playing field between traditional resellers and its small army of storefront retailers. The program is aimed at master agents and sub-agents, said Damian McCabe, vice president for B2B partner sales at T-Mobile. Under the channel program, agents now have the opportunity to be compensated for the recurring revenue that is generated when a customer signs up for T-Mobile wireless services.

“We’re looking to recruit more master agents,” McCabe said. “Before this, we really had a limited number of partners in the traditional channel that could play the role.”

While being compensated for recurring revenue is likely to be more profitable for channel partners, the bigger question may be how viable T-Mobile as an entity will continue to be. Acquisition speculation continues to swirl around the carrier. Until the status of T-Mobile as a corporate entity stabilizes, many channel partners are likely to be wary of investing too much time and effort that may not be around for the long haul.

Nevertheless, after already establishing itself as a credible contender in the consumer space, it’s clear T-Mobile has its eye on expanding into the business segment of the market where channel partners have traditionally exercised a lot of influence.

Michael Vizard
Michael Vizard is a seasoned IT journalist, with nearly 30 years of experience writing and editing about enterprise IT issues. He is a contributor to publications including Programmableweb, IT Business Edge, CIOinsight, Channel Insider and UBM Tech. He formerly was editorial director for Ziff-Davis Enterprise, where he launched the company’s custom content division, and has also served as editor in chief for CRN and InfoWorld. He also has held editorial positions at PC Week, Computerworld and Digital Review.
Previous article
RackWare Brings Disaster Recovery to the Cloud
Next article
Channel News Briefs: Week of Sept. 7

How IT Vendors Can Attract Channel Partners