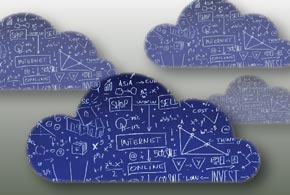 It’s been well over 10 years since cloud computing first emerged, and, in that time, the cloud has clearly had a major impact on all things IT. But the true weight of that impact may just beginning to make its presence felt.

As more data pours into various clouds, the providers of those cloud computing services get to take advantage of more IT infrastructure scale. Plus, all the data stored in those clouds starts to attract more applications.

The reason for this is that the developers of those applications generally have a marked preference for hosting their applications in locations where a lot of data already exists. That approach provides access to a pre-existing pool of data and also minimizes the need to move data from one IT environment to another.

This data gravity phenomenon has been more of an effect rather than a cause for migrating to the cloud. But that’s starting to change as cloud computing environments achieve new levels of scale.

The Amazon Web Services (AWS) cloud generates $10 billion in annual sales. More significantly, there are now more than 2,300 applications listed in the AWS online store. As adoption of those applications increases, so too does the amount of data stored in the AWS cloud.

In fact, most of the primary cloud rivals that AWS faces are counting on their access to large pools of data to counter the competitive threat AWS poses. They include the following vendors:

Microsoft has invested massive amounts of money in an Azure cloud service, but it’s real ace in the whole is all the data that Microsoft Office 365 applications generate. That data provides the scale Microsoft needs to be able to compete on pricing. Microsoft hopes that pool of data will attract enough third-party developer support to surpass AWS.

Google’s approach to the cloud has been a little more quixotic. Massive investments in big data technologies to drive Google Search make it competitive. But its efforts to recruit developers are just now becoming a major focus.

Salesforce outside of AWS has enjoyed the most success creating a cloud ecosystem around the data it collects in its widely used customer relationship management (CRM) application.

IBM is trying to leverage the Watson cognitive computing platform to aggregate large amounts of data around vertical industry segments.

Oracle is hoping that its suite of applications, along with the recent move to acquire NetSuite, will—with its database software—create enough critical mass to be competitive in the cloud.

SAP is making major investments in software-as-a-service (SaaS) applications that will all share access to a common HANA in-memory database hosted in the cloud.

All of these vendors aim to exploit the data they collect to transform the balance of power within the IT industry. But it’s not just traditional, well-known cloud service providers that are pursuing this strategy. At a recent GE Minds + Machines 2016 event, GE revealed that it now has more than 100 registered partners building solutions around GE Predix, its big data analytics platform that can be hosted on multiple cloud computing platforms.

“We now have over 20,000 active developers,” says Nick Simha, global head of the independent software vendor (ISV) program at GE Digital. “Given the number of customers GE has, the size of our marketplace is humongous.”

As cloud computing continues to evolve, it’s apparent that just about every entity that has achieved a critical mass of customers within a vertical industry is going to start thinking about creating a cloud ecosystem on their own, and that invariably will create additional opportunities for solution providers.

In many cases, says CP Gurnani, managing director and CEO of Tech Mahindra, the global systems integrators will become a co-owner of the platform as more organizations look to outsource entire business functions. Couple that trend with all the data moving into public clouds such as AWS and Microsoft Azure, and Gurnani says the relationship between solutions providers and the end customers is starting to fundamentally change.