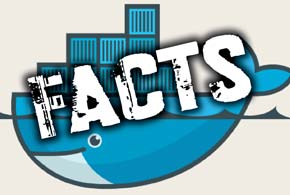 Half of respondents are evaluating Docker containers, and one-fifth are using them. Meanwhile, 31% report they have already deployed them in production environments. Among those not using Docker today, 24% said it is highly likely they would use the container virtualization technology in the next six months while37% said they would be somewhat likely to do so. 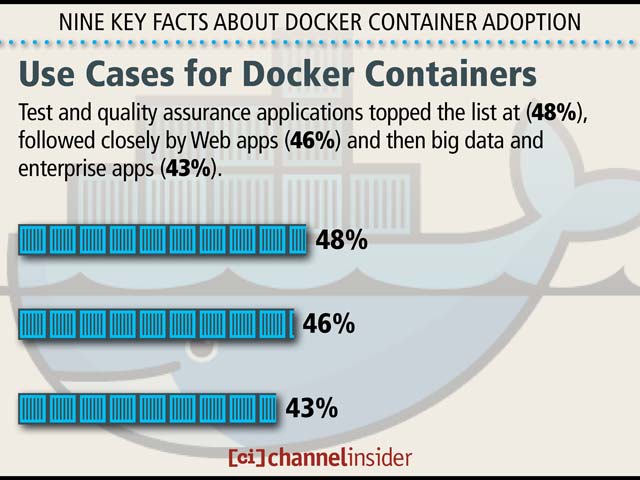 Use Cases for Docker Containers

Test and quality assurance applications topped the list at (48%), followed closely by Web apps (46%) and then big data and enterprise apps (43%). The desire to build hybrid cloud (45%) narrowly topped VMware costs (44%) and pressure from the testing group (41%) as primary reasons for adopting Docker. Security and lack of operational tools in production environments tied, at 49% each. Lack of development tools came in third, at 37%. 65% said they currently use VMware. Meanwhile, 39% said they use public cloud services, and 34% said they had a private cloud. Linux was selected 32% of the time and Windows 23% of the time. Windows is the OS of choice in VMware environments, “so perhaps Linux is gaining in use when it comes to public and private cloud use, where more cloud technologies are making use of and embracing open-source technologies,” the report said. 47% report middle management is making the decision to use Docker. This is different from the cloud, which has been “pushed in large part by executive CIO initiatives or financial management,” the study said.

Michael Vizard
Michael Vizard is a seasoned IT journalist, with nearly 30 years of experience writing and editing about enterprise IT issues. He is a contributor to publications including Programmableweb, IT Business Edge, CIOinsight, Channel Insider and UBM Tech. He formerly was editorial director for Ziff-Davis Enterprise, where he launched the company’s custom content division, and has also served as editor in chief for CRN and InfoWorld. He also has held editorial positions at PC Week, Computerworld and Digital Review.
Previous article
IT Services, Other Tech Sectors See Jobs Growth
Next article
IndependenceIT Upgrades Its Cloud Workspace Suite