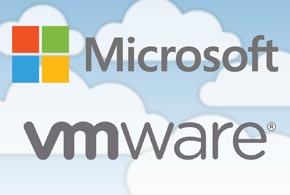 A full 74% cited agility as the primary driver, followed by cost efficiencies (67%) and reduced IT overhead (60%), respectively. Method of IT Services Delivery

More than half of IT services (57%) are being delivered on-premise today. In the next 18 months, that number is expected to drop to 42%. Types of Cloud in Use The Microsoft Azure cloud tops the list, at 36%, followed by VMware vCloud Air, at 29%, and Amazon Web Services, at 28%. The IBM SoftLayer cloud platform came in at 20%. Amount of Data in the Cloud 45% reported that cloud security visibility is either more difficult or extremely difficult. Another 22% said it’s easier. A full 76% said they lack visibility into cloud attacks. Data ownership topped the list, at 56%. Data location and shared technology/multi-tenancy followed, at 51% each. Michael Vizard
Michael Vizard is a seasoned IT journalist, with nearly 30 years of experience writing and editing about enterprise IT issues. He is a contributor to publications including Programmableweb, IT Business Edge, CIOinsight, Channel Insider and UBM Tech. He formerly was editorial director for Ziff-Davis Enterprise, where he launched the company’s custom content division, and has also served as editor in chief for CRN and InfoWorld. He also has held editorial positions at PC Week, Computerworld and Digital Review.
Previous articleDell, CloudRunner Deliver MSP Cloud Services Platform
Next articleCentrify Reaches Out to SIs, Consulting Partners

Do Your Customers Need Multi-Cloud?