How Channel Rates Google, Microsoft in the Cloud How Channel Rates Google, Microsoft in the Cloud

Google and Microsoft partners differ in some ways and are alike in others. A new survey finds Microsoft closing the gap on Google’s early lead in the channel. 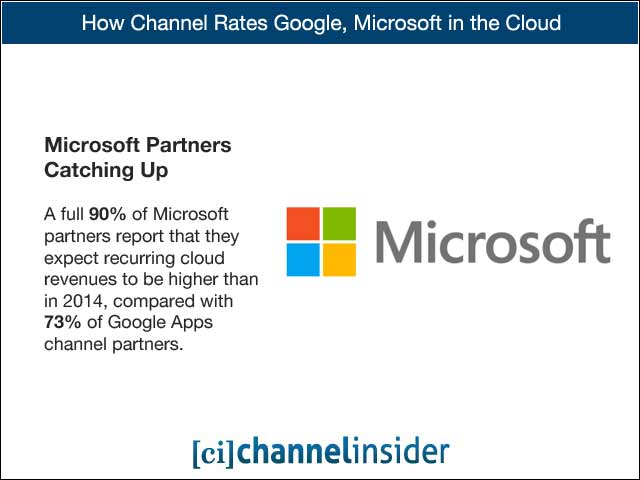 A full 90% of Microsoft partners report that they expect recurring cloud revenues to be higher than in 2014, compared with 73% of Google Apps channel partners. 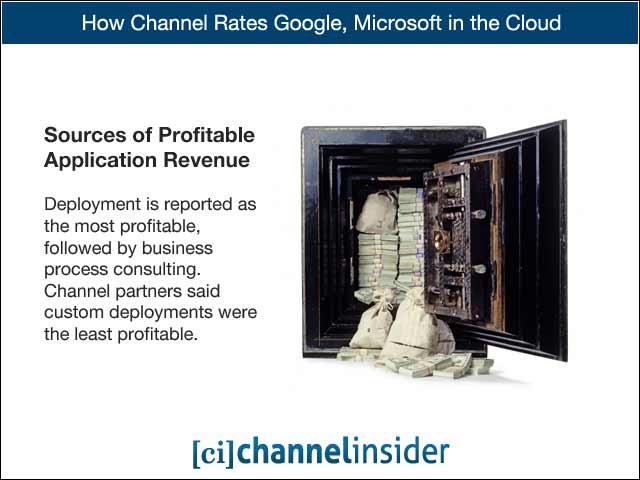 Deployment is reported as the most profitable, followed by business process consulting. Channel partners said custom deployments were the least profitable. Demand for bundled cloud services might not be as widespread as some within the channel might speculate. Only 16% of respondents are always asked for bundles, with 19% of Microsoft partners reporting that customers always ask for bundles. Reasons to Drop a Vendor Michael Vizard
Michael Vizard is a seasoned IT journalist, with nearly 30 years of experience writing and editing about enterprise IT issues. He is a contributor to publications including Programmableweb, IT Business Edge, CIOinsight, Channel Insider and UBM Tech. He formerly was editorial director for Ziff-Davis Enterprise, where he launched the company’s custom content division, and has also served as editor in chief for CRN and InfoWorld. He also has held editorial positions at PC Week, Computerworld and Digital Review.
Previous articleCentrify Reaches Out to SIs, Consulting Partners
Next articleSorting Through Cloud Computing’s Complex Layers