Docker Container Use Continues to Pick Up Speed 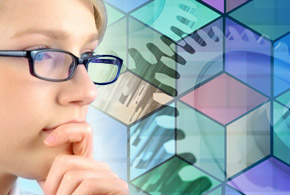 Docker Container Use Continues to Pick Up Speed

Solution providers should take note of the increased use of containers and the rise of microservices that promise to change the way apps are integrated. Use of Docker Containers in Production 93% report seeing some benefit to app development; 45% say they are able to release apps faster. On average, survey respondents are reporting a 13X increase in frequency of software releases. 85% report seeing some benefit to IT operations, with 57% citing improvements to operational management. Docker in the Cloud

80% say Docker containers are part of their cloud strategy, 60% plan to use Docker to migrate cloud workloads, and more than 35% see Docker as a way to avoid being locked into a cloud vendor. 34% cite Docker Swam as their preferred orchestration platform, followed closely by Kubernetes, at 32%, and Amazon Elastic Compute Cloud, or EC2, at 29%. The Emergence of Microservices

44% are adopting microservices to facilitate app integration. A full 78% plan to use Docker to build microservices. The Fate of Legacy Apps

78% plan to use Docker to “containerize” existing legacy apps; 39% have committed to modernizing those apps.

Michael Vizard
Michael Vizard is a seasoned IT journalist, with nearly 30 years of experience writing and editing about enterprise IT issues. He is a contributor to publications including Programmableweb, IT Business Edge, CIOinsight, Channel Insider and UBM Tech. He formerly was editorial director for Ziff-Davis Enterprise, where he launched the company’s custom content division, and has also served as editor in chief for CRN and InfoWorld. He also has held editorial positions at PC Week, Computerworld and Digital Review.
Previous articleMarketing Your Channel Business With Vendor Funds
Next articleAutotask Moves to Meld PSA and RMM Tools