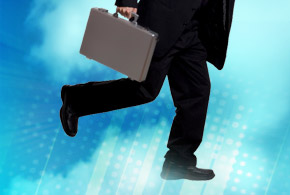 Sizing up the cloud maturity of a potential customer can be challenging. A CompTIA study provides insight into the cloud market’s maturity. A Work in Cloud Progress

More than 90% of companies are using some form of cloud computing. Yet only 33% say they are in full production while 8% say they have completely transformed their IT architectures. Another 38% say they are using the cloud for non-critical systems while 21% say they are still experimenting. Not surprisingly, email (51%), followed by Web presence (46%) and business productivity (45%) top the list of application use cases for the cloud. Nearly half (46%) say they have embraced private clouds only. Another 28% are using public clouds while 26% say they are using hybrid clouds. Length of Cloud Use Watch Out for Shadow IT

IT leaders estimate that business units funded the acquisition of technology from 26% to 54% of the time. While the IT department typically purchases apps used across the company, including virtual desktops and email, line-of-business professionals would be more apt to procure apps that a single department might use. Better offerings/features (37%), security concerns (35%), cost (27%) and open standards (26%) were cited as the primary reason to make a move from one cloud to another. Nearly half (46%) said making the move to a secondary cloud was more difficult than moving to the first cloud. Reasons for Moving Back to a Private Cloud

Moves back to on-premise systems are primarily driven by security (58%), failure to achieve cost goals (30%), failure to integrate (24%) and dissatisfaction with reliability (22%). New IT Skills Required in the Cloud

Integration specialists (66%) and IT pros with an ability to build private clouds (63%) are the most sought after, followed closely by department liaisons (61%) and cloud architects (58%).

Michael Vizard
Michael Vizard is a seasoned IT journalist, with nearly 30 years of experience writing and editing about enterprise IT issues. He is a contributor to publications including Programmableweb, IT Business Edge, CIOinsight, Channel Insider and UBM Tech. He formerly was editorial director for Ziff-Davis Enterprise, where he launched the company’s custom content division, and has also served as editor in chief for CRN and InfoWorld. He also has held editorial positions at PC Week, Computerworld and Digital Review.
Previous articleWindows Server 2016 Challenge Looms Over Microsoft
Next articleWhen AI Comes to the Channel