Converged infrastructure opportunities for solution providers span almost every vertical. Finance and technology companies, as usual, lead with 34.5% and 17.9%, respectively. Education comes in third, at 7.1 %. When it comes to consideration, manufacturing jumps from 3.6% to 8.6 %. Reasons for Moving to Converged Infrastructure Virtualization forces the converged infrastructure issue. In fact, 58% cited the adoption of VMware as the initiative to drive their adoption, while 33.8% attributed the shift to infrastructure-as-a-service (IaaS) technology. Reasons for Not Adopting Converged Infrastructure

Inertia remains a powerful IT force. A full 41.2% said their existing IT infrastructure works just fine. 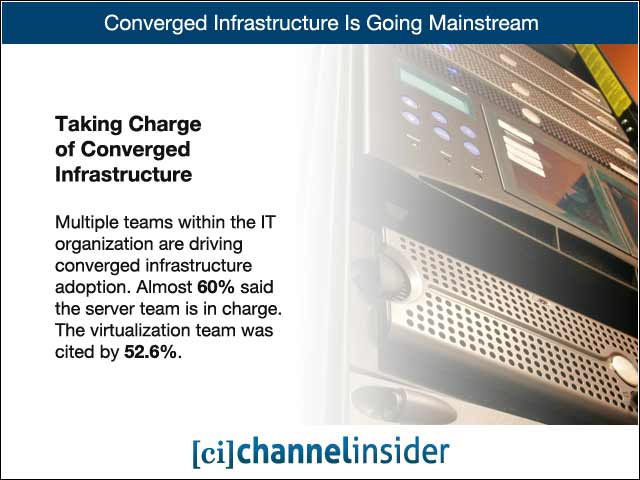 Multiple teams within the IT organization are driving converged infrastructure adoption. Almost 60% said the server team is in charge. The virtualization team was cited by 52.6%. The internal IT organization will be run by “data center engineers” with multiple skills. IT organizations plan to increase virtualization, server and networking staffing, but a full 70% expect to have a dedicated converged infrastructure unit by 2015. 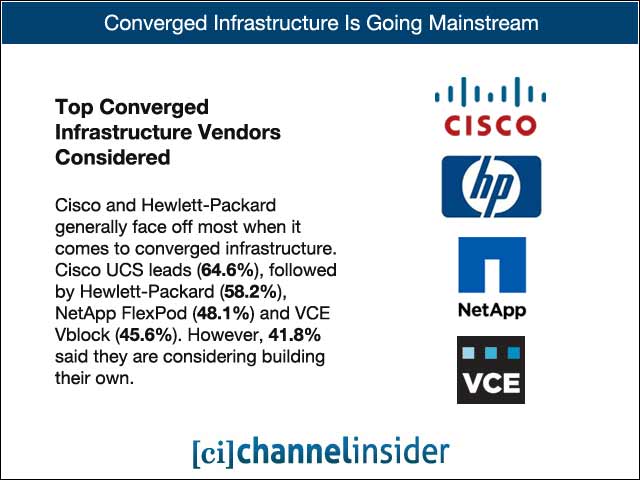 Cisco and Hewlett-Packard generally face off most when it comes to converged infrastructure. Cisco UCS leads (64.6%), followed by Hewlett-Packard (58.2%), NetApp FlexPod (48.1%) and VCE Vblock (45.6%). However, 41.8% said they are considering building their own. When Cisco UCS is added to NetApp FlexPod or VCE Vblock, Cisco dominates the category. Cisco UCS leads at 57%, followed by Hewlett-Packard at 41.8%. 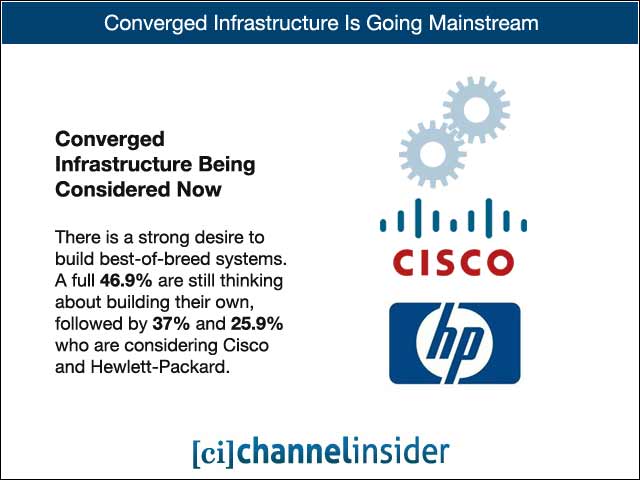 There is a strong desire to build best-of-breed systems. A full 46.9% are still thinking about building their own, followed by 37% and 25.9% who are considering Cisco and Hewlett-Packard. VMware extends virtual machine dominance into management. VMware vCloud leads at 44%, followed by Puppet Labs at 32% and homegrown scripts at 29.3%. 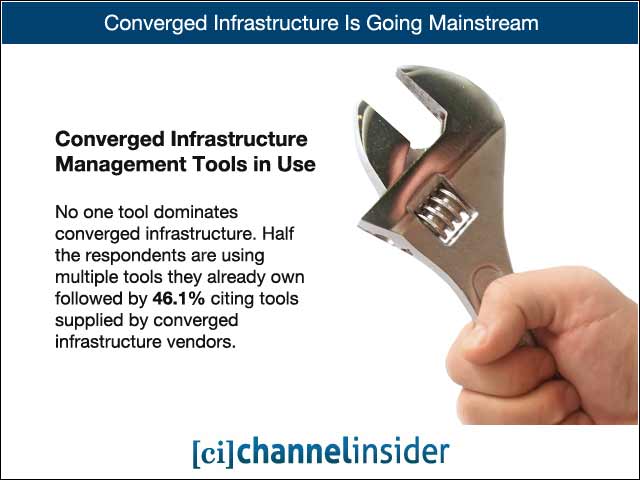 Converged Infrastructure Management Tools in Use 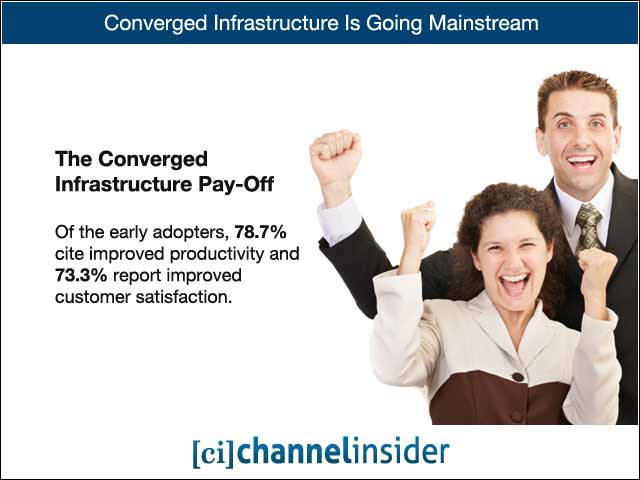 Michael Vizard
Michael Vizard is a seasoned IT journalist, with nearly 30 years of experience writing and editing about enterprise IT issues. He is a contributor to publications including Programmableweb, IT Business Edge, CIOinsight, Channel Insider and UBM Tech. He formerly was editorial director for Ziff-Davis Enterprise, where he launched the company’s custom content division, and has also served as editor in chief for CRN and InfoWorld. He also has held editorial positions at PC Week, Computerworld and Digital Review.
Previous articleData Analytics, Cloud and Mobile to Boost Tech Vendor Sales
Next articleNew Sencha CEO Sees Need for Global Alliance Program