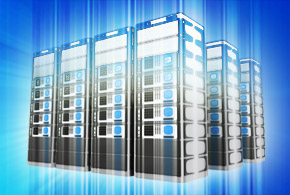 There are some startling contrasts between where many IT organizations think they are on the virtualization maturity curve, versus where they actually are. A full 78% of respondents said their companies plan to grow their virtualized infrastructure base in the coming year. 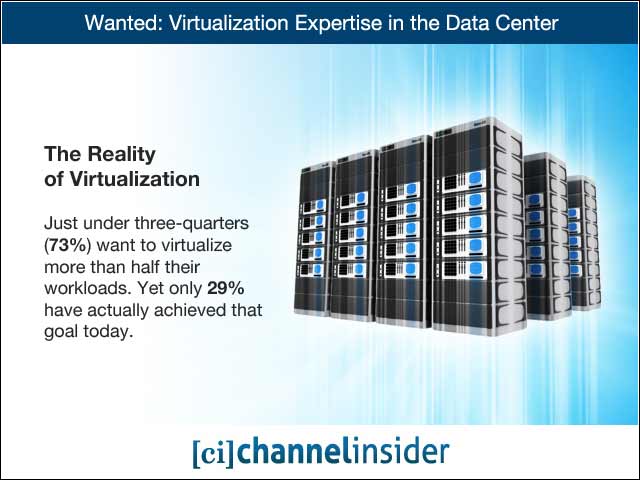 The Reality of Virtualization

Just under three-quarters (73%) want to virtualize more than half their workloads. Yet only 29% have actually achieved that goal today. IT Automation Becomes a Priority

Providing automated self-service capabilities is a high or critical priority for 84% of organizations today. A majority of respondents said they are well on their way to automated infrastructure. The Challenge With Provisioning

The biggest issue with provisioning times is the multiple handoffs that must take place between different IT teams to spin up virtualized/cloud infrastructure. Nearly one-third of all respondents ranked this as the top challenge they face. 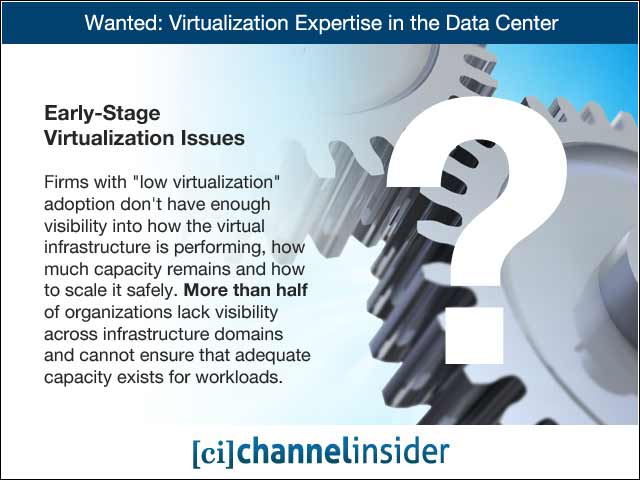 Firms with “low virtualization” adoption don’t have enough visibility into how the virtual infrastructure is performing, how much capacity remains and how to scale it safely. More than half of organizations lack visibility across infrastructure domains and cannot ensure that adequate capacity exists for workloads. 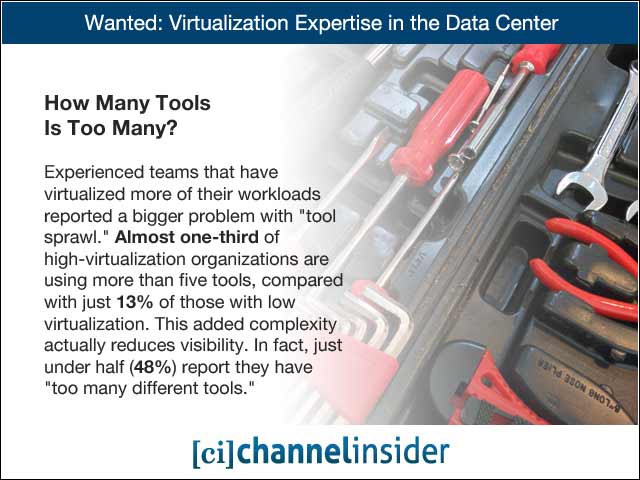 How Many Tools Is Too Many?

Experienced teams that have virtualized more of their workloads reported a bigger problem with “tool sprawl.” Almost one-third of high-virtualization organizations are using more than five tools, compared with just 13% of those with low virtualization. This added complexity actually reduces visibility. In fact, just under half (48%) report they have “too many different tools.”

Michael Vizard
Michael Vizard is a seasoned IT journalist, with nearly 30 years of experience writing and editing about enterprise IT issues. He is a contributor to publications including Programmableweb, IT Business Edge, CIOinsight, Channel Insider and UBM Tech. He formerly was editorial director for Ziff-Davis Enterprise, where he launched the company’s custom content division, and has also served as editor in chief for CRN and InfoWorld. He also has held editorial positions at PC Week, Computerworld and Digital Review.
Previous articleBig Data Projects Encounter Headwinds
Next articleChannel Insider Named ChannelCon Event Partner