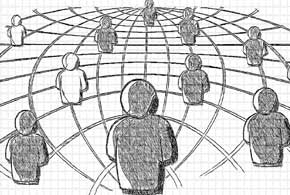 The battle for control over the emerging software-defined data center took another turn following the forging of an alliance between Hewlett-Packard Enterprise (HPE) and Big Switch Networks.

The alliance with HPE opens another channel for Big Switch Networks, which has been advocating for the disaggregation of network software and hardware for several years now. Besides building its own channel, Big Switch Networks also has existing alliances with Dell EMC and Red Hat.

HPE, meanwhile, has several networking partnerships in place that provide customers and partners with several options when it comes to deploying networking software on its switches, including an alliance with Arista Networks. Those alliances are part of a larger HPE Composable Infrastructure initiative that’s intended to advance the adoption of an open software-defined data center architecture.

Both HPE and Big Switch Networks have a vested interest in trying to usurp Cisco in the data center. Cisco has parlayed its dominance over networking in the data center to gain share selling a series of server platforms, largely at the expense of HPE and Dell EMC. For its part, Cisco just detailed a strategy for disaggregating software and hardware sales, mostly as part of an effort to increase the amount of recurring revenue it generates.

“We view that as a validation of our strategy,” said Susheel Chitre, vice president of business development for Big Switch Networks.

When it comes to competing with Cisco, the biggest issue HPE has had has been a lack of focus on networking, said Brad Casemore, an industry analyst with International Data Corp. HPE has embarked on a number of networking initiatives over the years, and that makes it a challenge to determine HPE’s strategic focus, he added.

“This deal could be really good for Big Switch Networks,” Casemore said. “The one caveat might be a lack of networking focus at HPE.”

It’s too early to tell what impact the alliance between HPE and Big Switch Networks will ultimately have. The one thing that is certain is that when it comes to networking, HPE’s partners have no shortage of options.