A full 82% of those polled said their app development backlog is growing, and 89% said they could not reduce it year over year. Turnaround for a New App

Only 6% can do it in weeks. Almost a quarter (22%) said it would take multiple years. Nearly half (46%) report it would take them multiple quarters to build a new app. 9% admitted it can take years to process change requests, 37% reported it would take months and 30% said it requires multiple quarters. Mobile apps top the list, at 75%, with 68% saying they need those apps to be able to run across multiple channels. A full 68% said they completed one to 20 projects last year, and 64% said they are looking at a similar number this year. 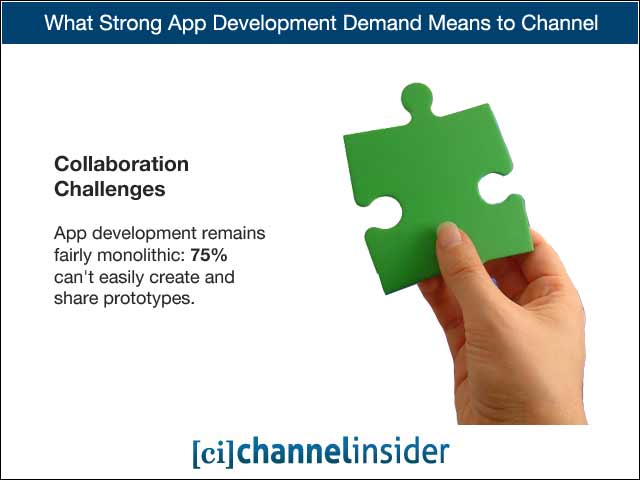 A full 75% lack an integrated development environment; 74% said development tools and infrastructure are not readily available.