The Inevitability of IT Solutions as Code 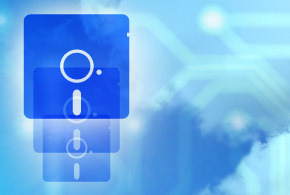 With the rise of cloud computing and APIs, the idea that infrastructure could actually be programmed has taken hold. As a result, the management of IT infrastructure will never be the same. However, now that the proverbial API genie is out of the bottle, entire solutions based on technologies that share access to a common set of APIs are now set to become programmable.

As IT becomes more programmable, it will become simpler to manage IT infrastructure as well as the applications running on those stacks of infrastructure. Regardless of whether it comes from VMware, Microsoft or is based on the open-source OpenStack cloud management framework, the march toward software-defined data centers (SDDCs) based on APIs is now well underway.

On top of those SDDCs, there will be a bevy of containers and next-generation lighter-weight virtual machines that will be the foundations of “microservices” architecture that will make it possible to compose IT solutions using a number of orchestration tools. The implications in terms of how solution providers craft those IT solutions will be profound.

On one hand, it will become much simpler to swap out any given product or technology within a particular solution that has been dynamically composed using microservices. At the same time, the entire solution becomes a programmable entity that makes it simpler for organizations to consume by addressing a set of well-defined APIs.

In fact, solution providers such as Dimension Data, a unit of EMC, are already moving in this direction. Following the extension of an alliance with EMC, Dimension Data, a unit of NTT, earlier this month made it clear that is sees whole new classes of applications based on microservices starting to emerge. Kevin Leahy, general manager for the data center business unit at Dimension Data, said that as these new architectures start to emerge, CIOs are showing less interest in managing the underlying IT infrastructure.

“Most organizations want to spend less time on IT infrastructure,” Leahy said. “Most CIOs today want to focus more of their efforts on northbound APIs.”

It doesn’t stop there. There will naturally be APIs within APIs.

Peter Weckesser, CEO of the Siemens Customer Services Business Unit for Digital Factory and Process Industries and Drives Divisions, for example, said the conglomerate is defining a set of APIs for Internet of things (IoT) applications that will incorporate some of the APIs that SAP has defined around its HANA in-memory computing platform.

At the core of these efforts are likely to be multiple types of integration platforms that make it possible to compose the IT service.

In fact, just about all of IT in the future will consist of services that can be dynamically composed together at will, said Ross Mason, founder and vice president of product strategy for MuleSoft. “It will be a lot easier for integrators to develop domain knowledge in a specific area that can be easily inserted into any enterprise,” Mason said. “We’re already seeing CIOs focusing more on opening up internal APIs.”

Michael Vizard
Michael Vizard is a seasoned IT journalist, with nearly 30 years of experience writing and editing about enterprise IT issues. He is a contributor to publications including Programmableweb, IT Business Edge, CIOinsight, Channel Insider and UBM Tech. He formerly was editorial director for Ziff-Davis Enterprise, where he launched the company’s custom content division, and has also served as editor in chief for CRN and InfoWorld. He also has held editorial positions at PC Week, Computerworld and Digital Review.
Previous article
Getting Into the Flow of the Work With Xerox
Next article
Equinix Offers Azure ExpressRoute for Office 365