IT Spending Growth Plans Shift in 2015 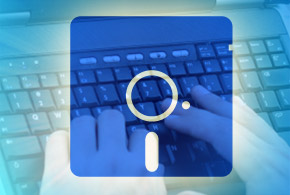 81% report that IT spending increased in 2014, vs. 19 percent who reported a decline. A full 92% of midsize businesses reported an increase. IT Vendor Satisfaction in 2014 Cited by 61%, cost was the biggest issue. The next two biggest challenges were adaptation (43%) and lack of expertise (40%). Just over half (52%) report winning or awarding offshore IT projects, compared with 48% who didn’t. Ebbing Optimism in This Year’s Survey Primary Focus of IT Spending

Application development topped the list of priorities, at 61%, followed by service-oriented architecture (SOA), at 56%, and support services, at 55%. Infrastructure was at 54%. Experience and expertise topped the list of vendor criteria (at 57%), followed by cost/benefit (39%) and product/solution offering (32%).

Michael Vizard
Michael Vizard is a seasoned IT journalist, with nearly 30 years of experience writing and editing about enterprise IT issues. He is a contributor to publications including Programmableweb, IT Business Edge, CIOinsight, Channel Insider and UBM Tech. He formerly was editorial director for Ziff-Davis Enterprise, where he launched the company’s custom content division, and has also served as editor in chief for CRN and InfoWorld. He also has held editorial positions at PC Week, Computerworld and Digital Review.
Previous articleHybrid Cloud Computing Sees Growing Acceptance
Next articleShadow IT Cloud Apps Put Enterprises at Risk