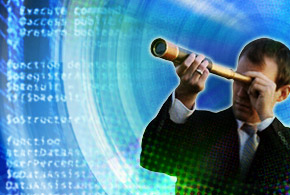 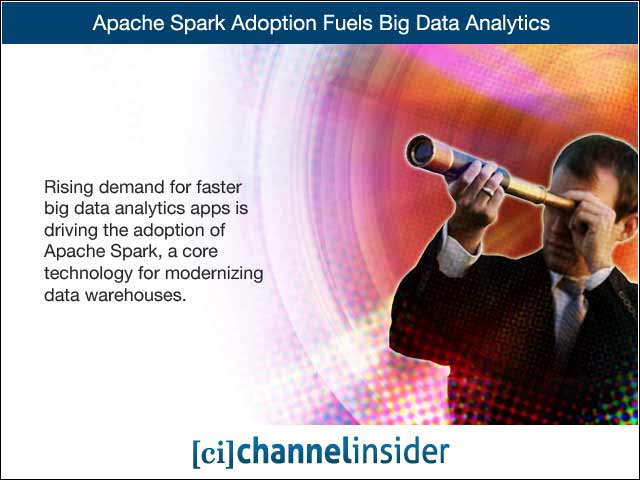 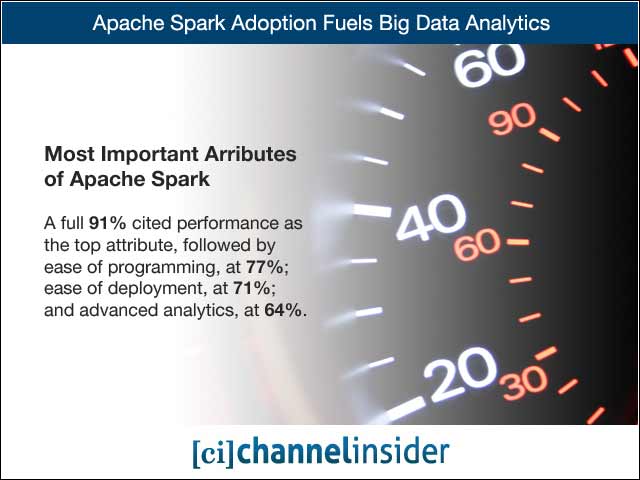 Most Important Arributes of Apache Spark

A full 91% cited performance as the top attribute, followed by ease of programming, at 77%; ease of deployment, at 71%; and advanced analytics, at 64%. 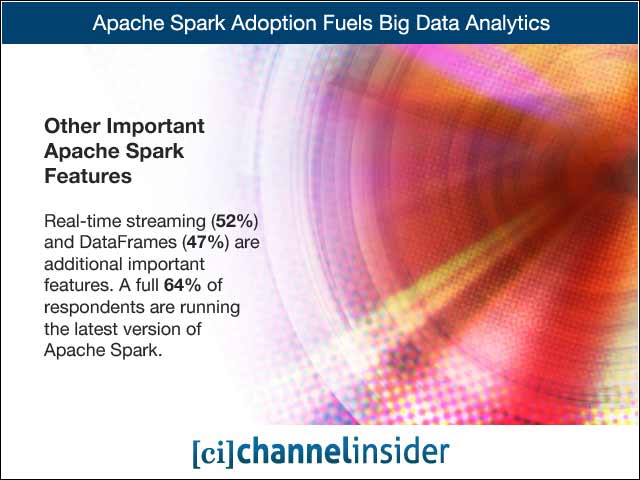 Real-time streaming (52%) and DataFrames (47%) are additional important features. A full 64% of respondents are running the latest version of Apache Spark. 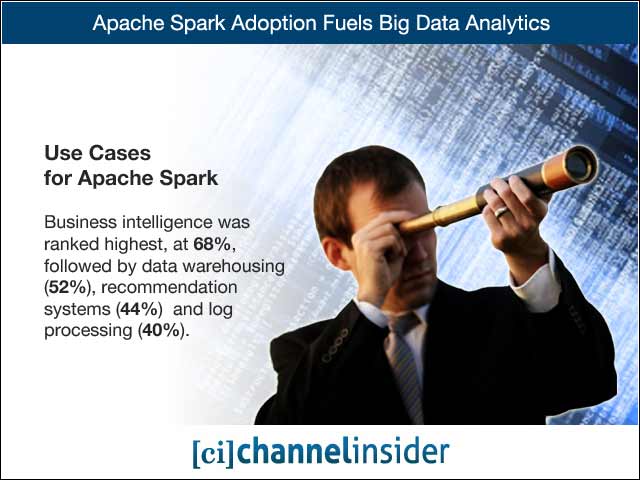 Use Cases for Apache Spark 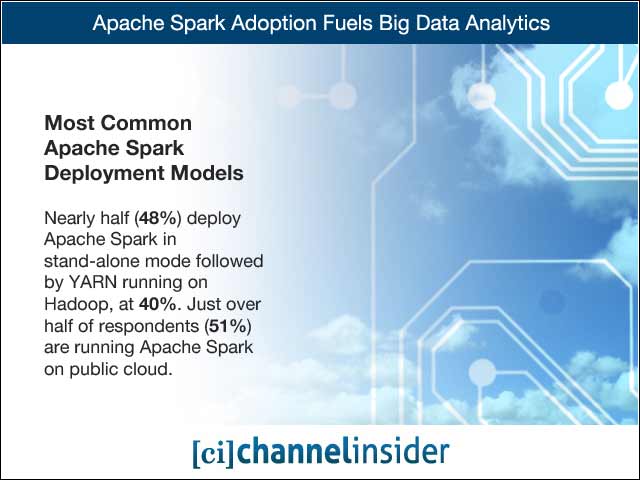 Nearly half (48%) deploy Apache Spark in stand-alone mode followed by YARN running on Hadoop, at 40%. Just over half of respondents (51%) are running Apache Spark on public cloud. 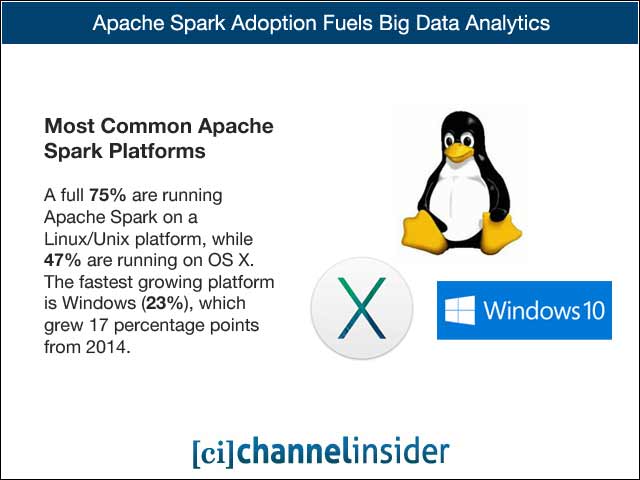 A full 75% are running Apache Spark on a Linux/Unix platform, while 47% are running on OS X. The fastest growing platform is Windows (23%), which grew 17 percentage points from 2014. 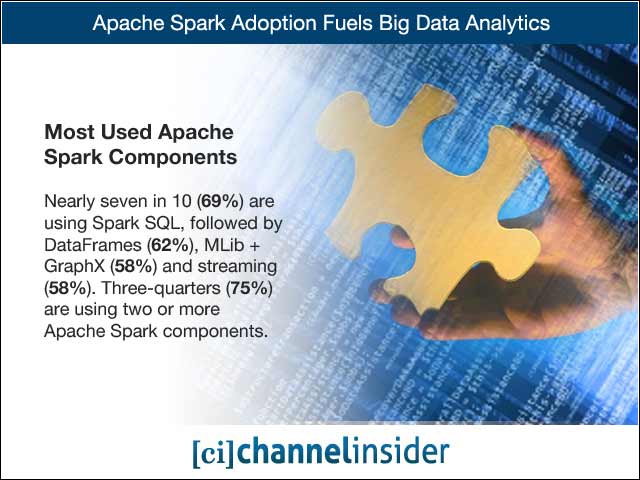 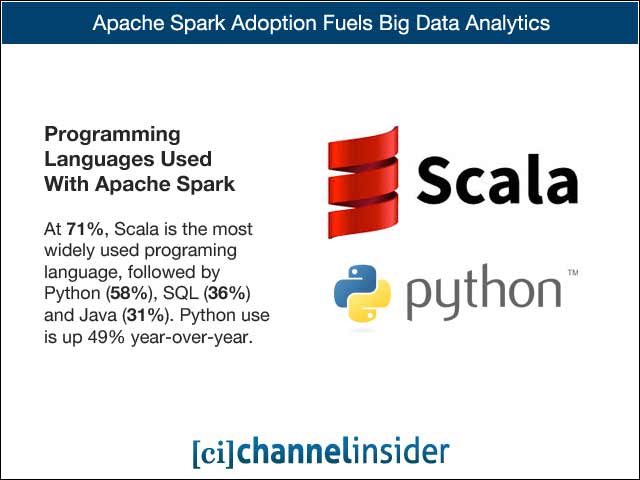 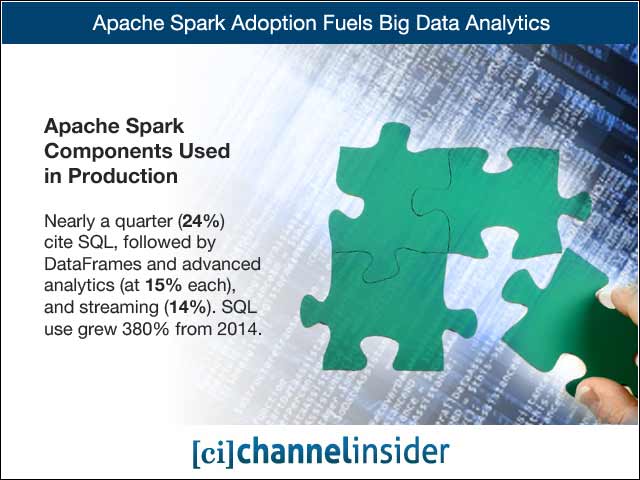 Michael Vizard
Michael Vizard is a seasoned IT journalist, with nearly 30 years of experience writing and editing about enterprise IT issues. He is a contributor to publications including Programmableweb, IT Business Edge, CIOinsight, Channel Insider and UBM Tech. He formerly was editorial director for Ziff-Davis Enterprise, where he launched the company’s custom content division, and has also served as editor in chief for CRN and InfoWorld. He also has held editorial positions at PC Week, Computerworld and Digital Review.
Previous articleWhat Partners Should Know About the Dell-EMC Deal
Next articleVMware Looks to Marry PIM, EMM via Boxer Buyout