BlackBerry smartphones succeeded, in part, because of their the connectivity options. Owners could connect to the Web via 3G on their laptops by using the BlackBerry’s tethering modem option. Plus, the device itself connected to the Web via 3G whenever folks needed to check e-mails, surf the Web, or interact with a program. But the PlayBook lacks all that. In fact, it only connects to the Web via Wi-Fi or through the 3G connection of another device. That’s not a good thing. 2. The Enterprise Was Waiting

It seems that the enterprise decided to wait and see what RIM would show off when it unveiled its tablet. And after seeing what it planned to offer, most companies realized that the iPad is the better bet. RIM should have known that it would be tested. But it failed to see that. And now it’s paying the price. 3. The Release Is Off

RIM said that it plans to release its PlayBook tablet early next year. That would be just fine if it was competing solely against Android-based tablets, which are also scheduled to hit store shelves then. But RIM is competing against the iPad. And by waiting so long to launch its device, the company is giving Apple months to appeal to enterprise customers. As of this writing, Apple doesn’t support multitasking in its iPad. But that update is coming to the tablet in November, according to the company. And when that happens, the device will boast the single feature that most enterprise customers have been waiting for. The PlayBook should have multitasking, as well. But by then, no one will care. Apple will have already offered such functionality for months. 6. The iPad Has the Apps

RIM says that it will work with developers to bring applications to the PlayBook. But given the company’s track record with mobile developers, it’s clear that the company will need to drastically change its ways to make the marketplace appealing to enterprise customers. Apple’s iPad, on the other hand, boasts a robust App Store that features useful enterprise apps already. 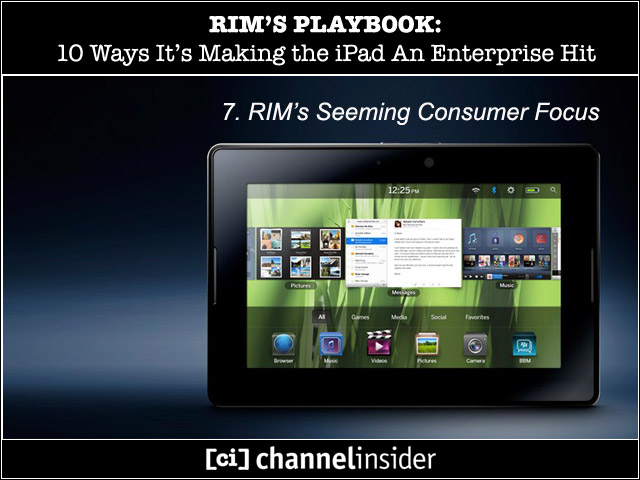 When RIM announced the PlayBook, the company seemed to miss the mark in its advertising. The video that launched the device showed consumer-focused features interspersed with enterprise elements. It didn’t provide a clear picture to companies. And that could be enough to push many firms to Apple’s iPad instead of RIM’s Playbook. 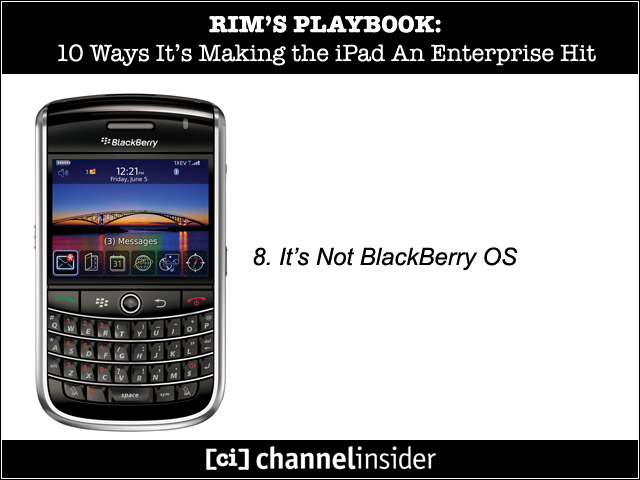 Companies have become comfortable with BlackBerry OS. That’s precisely why they keep RIM’s smartphones in their operations. But with the PlayBook, RIM has decided to go with a new operating system. That’s a mistake. After all, given the benefits the iPad provides over the PlayBook, and considering companies would need to teach employees about a new operating system with either tablet choice, why not choose the iPad? Most firms are seeing it as the better choice. 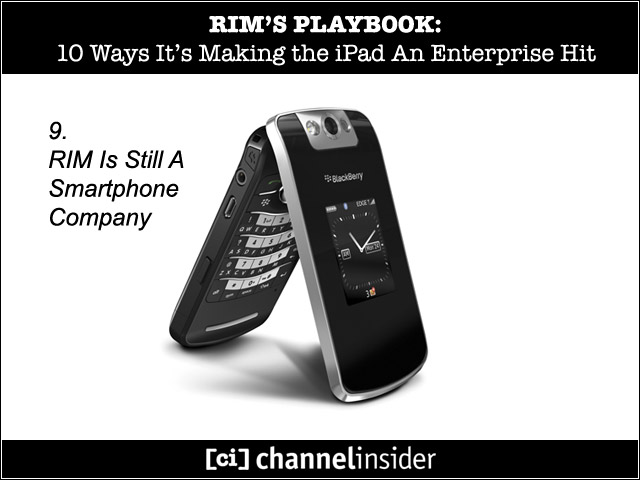 9. RIM Is Still A Smartphone Company

RIM is making it clear every step of the way that it’s still a smartphone company. And it seems to be offering tablets for the sole purpose of following Apple’s lead. It’s half-finished PlayBook tablet seems to be proof of that. But it’s unfortunate. And it makes enterprise customers realize that RIM isn’t doing what it should to make its PlayBook relevant. 10. The Talking Has Stopped

RIM has made a huge mistake by not focusing on improving its marketing since the announcement of the PlayBook. In fact, little has been heard from RIM about its PlayBook since it initially launched the tablet. That’s a mistake. And it is only driving enterprise customers to the iPad. After all, if folks don’t hear about the PlayBook, what would make them want to buy it?