Aerohive Networks Aims to Approach MSPs on Their Terms 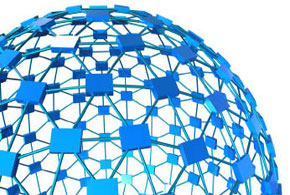 As part of an effort to partner more flexibly with managed service providers, Aerohive Networks has altered its licensing terms, while also enlisting the aid of Synnex to allow MSPs to lease wireless networking access points.

Previously, Aerohive required MSPs to acquire software licenses at the same time they acquired access points. But given the way MSPs operate, many of those access points were not deployed for months because MSPs prefer to acquire hardware in volume.

For example, an MSP may be deploying Wave 2 802.11ac networks, but may opt to move to the 802.11x wireless networks in the future. “This provides the MSP with an ability to future-proof their services,” Edwards pointed out. MSPs can also move wireless access points between various customers as they see fit.

In addition to altering licensing terms, Aerohive Networks has worked with Synnex to create a wireless-as-a-service offering that effectively creates an option that enables MSPs to lease access points.

In general, Edwards said that MSPs currently account for only about 15 percent of the revenue Aerohive generates. But he said Aerohive expects that percentage to substantially increase now the many IT organizations rely on wireless networks as their primary means for accessing applications both inside and out of the office.

Couple that shift with rapid technology advances in the wireless networking space, and it becomes easier for many customers to consume wireless networks as a service rather than being forced to make do with the legacy equipment they own.

In effect, Aerohive Networks is now making its products and services available in much the same way MSPs sell their services. That approach, said Edwards, lessens the financial burden of the MSP and also differentiates Aerohive from its rivals in a crucial segment of the channel.