The good news is the channel is growing and full of opportunities. The challenge is that major changes are coming that will disrupt the channel and managed service provider (MSP) business model.

Here’s everything you need to know about the dramatically changing channel business model and how to reposition your business to take advantage of the coming opportunities.

Services Will Be the Next Big Opportunity

Jay McBain, a channel analyst at Forrester Research, counts the world economy as being worth about $86 trillion. Business and government IT spending makes up about 5% of that – or $3.5 trillion spent on IT and telco.

“Currently, 64% of tech industry spending flowed through the channel or indirect sales,” said McBain. “By the end of the decade, only 33% of money will flow that way.”

The IT spending pie is destined to get a whole lot bigger, doubling in size to $7 trillion by the end of the decade. But the size of the channel’s slice will stay stagnant around $2.2 trillion, as marketplaces and direct grow much quicker.

Per Forrester numbers, there will be a roughly even split between the channel, direct sales, and marketplaces. But perhaps most importantly, McBain predicts that 90% of IT sales will be partner-assisted before, during and after the sale, so opportunity will still be there in the form of services and co-innovation.

Also read: MSPs Are Turning Software Into New Services – As We Predicted

The Emergence of Marketplaces

By “marketplaces,” we mean Salesforce, Adobe, Azure, Oracle Cloud Marketplace, AWS, IBM, Google Cloud, SAP, ServiceNow, Workday, Dell, Sage, Alibaba, Rakuten, eBay, Mercado Libre, and Walmart+. These are the dominant ones. McBain said marketplaces experienced 10 years of growth in the first few months of the pandemic. They are steadily gobbling up more business by the day. One-third of the U.S. economy already flows through them.

“Marketplaces have accelerated the decline of reselling and grown at the expense of physical channels,” said McBain.

Forrester predicts that by the end of the decade, there will be 20 winning platforms that take up 80% of the marketplace opportunity. The other 20% of the marketplace opportunity will go to niche players such as Miraki, AppDirect, CloudBlue, Sitcore, Marketplace, Vendasta, Arrow Electronics, VTEX, and Arcadier. Of course, there will be emerging players during the coming years that will take the place of some of those listed.

What does all this mean for the channel? Partner up, because 90% of IT’s $7 trillion in spending will be partner-assisted, says McBain. The big boys are already enamored by the phrase “partner assisted.” Microsoft, always a strong channel advocate with 90% of its business flowing there, is now talking about 96% of its revenues being partner assisted. Azure may only be at 30% through the channel. But it is growing 50% per quarter. It too, targets 96% partner assisted.

Why this fixation on partners? The software ecosystem is exploding. 10 years ago, there were only 10,000 software companies. Now there are 175,000. In 10 years, there will be a million Software-as-a-Service (SaaS) companies. Microsoft already has about half a million partners. It adds about 400 every day. IBM is only slightly behind, adding 120,000 partners each year.

But the big change is that 80% of these partners will no longer collect customer funds. Most OEMS are gravitating toward a subscription model. Let’s look at the big names that have gone all in on subscription: Cisco, Dell, IBM, HPE, and Lenovo are a few examples. IBM dumped its services arm in favor of a subscription that incorporates service as part of the monthly fee. While 10 or more partners may be involved in the deal and may be providing their own services as part of it, only one is going to collect the revenue. They will divvy up the proceeds with the others.

According to Accenture, 76% of CEOs think the current business model will be unrecognizable in five years. They see partnerships and ecosystems as the way of the future.

According to last year’s MSP Day Report by Barracuda MSP, OEMs are invading the channel with their own offerings. Barracuda notes that a hybrid approach has grown in popularity where OEMS continue to sell their own products and software as before. However, they are augmenting this with managed services. And 59% of respondents to the survey expect services to account for 50% or more of their revenues. It’s a good idea to keep an eye on potential competition when deciding which IT vendors to partner with.

To some, this may seem a dire situation – increased competition on all sides and changing roles. In a crowded marketplace, however, plenty of opportunities exist for MSPs. The Barracuda report found that 85% of MSP respondents believed there is opportunity for them to grow their business. Most feel the market is still not saturated.

Another big trend is breadth of services. Not so long ago, it was enough for an MSP to have only one offering. Backup-as-a-Service was popular. Another common one was Disaster Recovery (DRaaS). Currently, however, there are so many varieties of as-a-Service that it has become more common for MSPs to offer many services. Most MSPs have added at least one new service over the past year. As customers often expect (or hope) their MSPs will meet their latest needs (think ransomware) there’s plenty of opportunity, if not a requirement, for MSPs to expand their offerings.

Some of the areas with high potential include:

The surge in remote work during the pandemic has increased the demand for virtual desktops, with no sign of stopping. Gartner forecasts that the number of users for Desktop as a Service (DaaS) would grow by over 150% between 2020 and 2023. But not all virtual desktops are the same. Some require heavy involvement from internal IT staff and the company to purchase and deploy all its own devices. Other providers such as Cox now offer DaaS services where you lease the devices and the provider takes care of their provisioning, deployment, and management. However remote desktops are operated, MSPs and channel partners can serve this market well.

Data protection doesn’t get the attention it deserves. Greg Schulz, an analyst at StorageIO Group, pointed out that data protection is another hot area that doesn’t appear to be getting much attention from MSPs.

“If, as a channel professional, you are seeing crowded markets, step back, look around, and see where the crowd is not – you might find a gold mine of opportunity,” he said. “Anything data protection-related is very much in demand right now, from business resiliency to cyber resiliency, backup and security, to core and endpoint protection, along with associated management tools for automation.”

See the Best Backup Solutions for MSPs to Protect Against Ransomware

Cybersecurity is obviously a hot area – just witness the Kaseya ransomware attack that hit MSPs, a good reminder for MSPs to watch their own third-party risk.

“The quickly evolving threat landscape opens new opportunities for MSPs to differentiate themselves by adding cyber threat protection and detection services to their offerings,” said Karen Krivaa, CMO of Perception Point. “Modern, cloud-native technologies are simplifying management and lowering the costs of such services, helping MSPs integrate them easily into their stack.”

Yes, the market is white hot. But it is still underserved by MSPs. Forrester notes that there are about 500,000 VARs currently operating, as well as 75,000 MSPs. However, there are only 10,000 MSSPs. With security becoming such a problem, advanced security offerings are becoming increasingly common as an additional service.

“Customers are struggling with a lack of skills and resources when it comes to cybersecurity, but they are increasingly aware of the need to have the right tools in place to keep their valuable data safe from unscrupulous cybercriminals,” said Brian Babineau, General Manager of Barracuda MSP. “The fact that so much of their workforce has been working remotely has left many more at risk, because they couldn’t get a full endpoint protection strategy in place, which made them a prime target for phishing attacks and malware.”

Many MSPs are entering the security sector. 80% feel security is a lucrative opportunity, just behind remote working (90%).

On one hand, MSPs should broaden their offerings by incorporating new services. At the same time, they should clearly identify, serve, and nurture a very specific niche. This is likely to have a geographic element, as well as being defined by the services offered, the size of the company, the vertical market, and other factors.

Forrester has broken the IT marketplace into 26 technology categories offered to 12 separate lines of business. Further divisions include key industrial and business sectors, as well as market segments according to company size, region, country, and more.

McBain’s advice is to clearly define and own your market. For example, it might be small dental offices in New England requiring desktop management as well as cybersecurity and data protection services. Or it could be clothing retailers across the nation that require point of sales system management and basic accounting services.

“Even within the SMB market, no one covers the entire range,” said McBain. “A company of eight is a different market from a business with 50, 100, or 500 employees.”

See also: MSPs Can’t Be All Things to All People, So Specialize

Tech buying is changing, and so is the psychology, behavior, and journey of the buyers. Many business models are built around the Baby Boomer generation. Yet they are no longer where the money is. The majority of buyers will be Millennials within four years. They are the ones spending money – whether it is on houses, cars, childcare, smart phones, or IT services. And they want to use digital, not traditional channels.

Therefore, those in the channel should review their existing models to see if they are clinging to ancient and time-honored methods that the younger generations have stopped using. It is time to freshen up the marketing and sales channels.

If the generational switch wasn’t enough, the end of the cookie is another big reason. Google and Apple have both announced they are ending cookies. As they represent 96% of web browsing search, and the bulk of mobile share, this throws a wrench in the works of channel marketers that have come to rely on cookies to do their customer tracking. Obviously, this is a play by these companies to make everyone even more reliant on them. But there are ways around it. And that ties back to the partnership trend noted above. With a broad partnership ecosystem in place, the channel can continue to own all the key moments of the sales cycle.

“People who serve a niche are the key to many markets,” said McBain. “Major players will be willing to pay the channel for its influence in a specific market.”

Further reading: The Channel Has Changed. Channel Marketing Needs to Catch Up 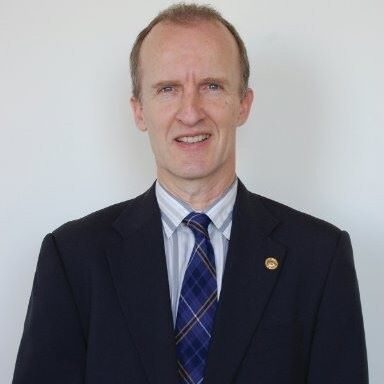 Drew Robb
Drew Robb has been a full-time professional writer and editor for more than twenty years. He currently works freelance for a number of IT publications, including eSecurity Planet, ServerWatch and CIO Insight. He is also the editor-in-chief of an international engineering magazine.
Previous article
Best Email Security Providers & Services 2022
Next article
The Best Help Desk Tools for MSPs