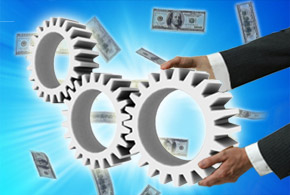 A new report from Kaseya finds savvy MSPs are generating more revenue by increasing both the number of services they offer and their prices for those services. 26% of respondents said their average annual monthly recurring revenue (MRR) grew over the last three years by more than 15%. 18% reported an average three-year MRR between 10% and 15%. 64% of MSPs rely on value-based pricing, versus 24% cost-based. Another 12% said they rely on a price-match model to remain competitive. Almost half charge based on a mix of per-device and per-user. The rest focus on either device (34%) or users (18%). Number of Tiers of Service 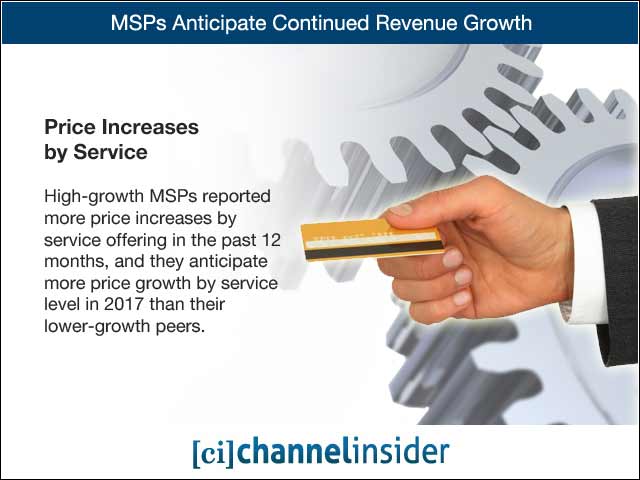 High-growth MSPs reported more price increases by service offering in the past 12 months, and they anticipate more price growth by service level in 2017 than their lower-growth peers. 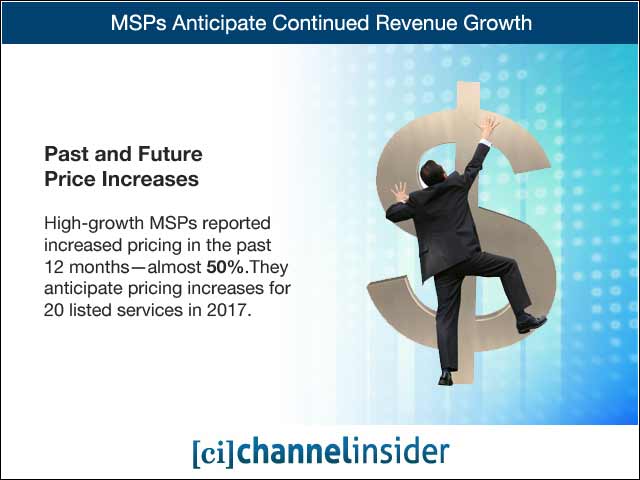 Past and Future Price Increases

High-growth MSPs reported increased pricing in the past 12 months—almost 50%. They anticipate pricing increases for 20 listed services in 2017. 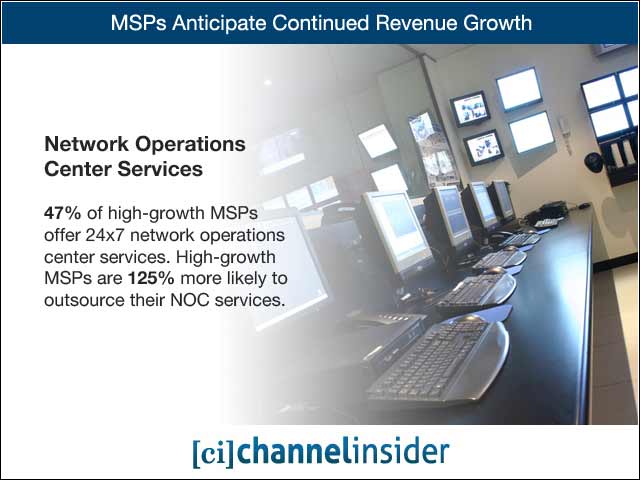 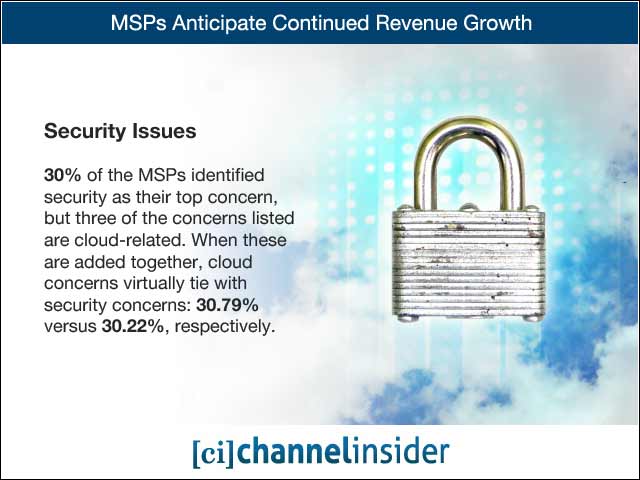 30% of the MSPs identified security as their top concern, but three of the concerns listed are cloud-related. When these are added together, cloud concerns virtually tie with security concerns: 30.79% versus 30.22%, respectively.

Michael Vizard
Michael Vizard is a seasoned IT journalist, with nearly 30 years of experience writing and editing about enterprise IT issues. He is a contributor to publications including Programmableweb, IT Business Edge, CIOinsight, Channel Insider and UBM Tech. He formerly was editorial director for Ziff-Davis Enterprise, where he launched the company’s custom content division, and has also served as editor in chief for CRN and InfoWorld. He also has held editorial positions at PC Week, Computerworld and Digital Review.
Previous article
SolarWinds MSP Adds Remote Support for Macs
Next article
Digital Business Initiatives Transform Mobile Usage