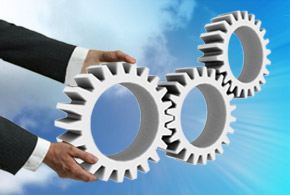 The battle for control over the backend operations of managed service providers (MSPs) has intensified now that Autotask has made remote management and monitoring (RMM) tools available alongside its existing professional services automation (PSA) software.

As the latest provider of PSA or RMM software to expand into either category, Autotask with the release of its PSA and Endpoint Management platform is designed to make the integration of RMM and PSA applications as seamless as possible, said Patrick Burns, vice president of product management for Autotask.

While solution providers have been integrating these two classes of software for years, being required to manage the business using two very different panes of glass often led to suboptimal results for solution providers, Burns said.

“A lot of these integrations have been cumbersome and limiting to the business,” said Burns “These two technologies were meant to be comingled.”

One of the first MSPs to adopt the Autotask PSA and Endpoint Management platform is Tech Guru. Previously, the company relied on the integration of RMM tools from Kaseya with Autotask to run its operations, Tech Guru president Micah Thor said. While the Autotask approach may not be any less expensive, Thor notes that the productivity gains of 20 percent across its support staff represents a substantial return on its Autotask investment.

“The real issue for is increasing the number of customers we can support with our existing staff,” said Thor. “It’s not really a cost issue.

At the same time, Tech Guru will benefit from no longer having to maintain the integration of Kaseya and Autotask software, Thor said.

“The fact is that the integrations were always breaking,” said Thor. “As soon as we found out Autotask would be providing RMM tools, we jumped on board.”

Just about every provider of RMM tools is moving to offer some PSA functionality, while providers of PSA software counter by adding RMM tools.

Which way the majority of MSPs will ultimately jump remains to be seen. However, as the RMM and PSA functionality continues to converge, many of those MSPs are about to become a whole lot more efficient.

Michael Vizard
Michael Vizard is a seasoned IT journalist, with nearly 30 years of experience writing and editing about enterprise IT issues. He is a contributor to publications including Programmableweb, IT Business Edge, CIOinsight, Channel Insider and UBM Tech. He formerly was editorial director for Ziff-Davis Enterprise, where he launched the company’s custom content division, and has also served as editor in chief for CRN and InfoWorld. He also has held editorial positions at PC Week, Computerworld and Digital Review.
Previous article
Docker Container Use Continues to Pick Up Speed
Next article
Path to OpenStack Adoption Starts With Certification