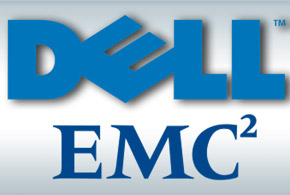 Although neither company sells 100 percent of its products and services through the channel, there is almost no solution provider that will not be affected, to one degree or another, by the $67 billion merger of Dell and EMC that is expected to close in mid-2016.

While the CEOs of both companies touted the complementary nature of an alliance that potentially affects $2 trillion in enterprise IT spending across the globe, each vendor has a portfolio of IT infrastructure products and services that in some key places overlap. In addition, both companies also have partnerships with vendors that are likely to become bigger rivals of a combined entity.

For example, Dell has a partnership with Nutanix, which has been selling converged infrastructure that competes with appliances configured with software from VMware. Cisco, meanwhile, has been selling servers and networking gear through EMC. Dell has been developing its own line of network switches.

Both companies have an extensive portfolio of security and IT management offerings that are mainly complementary. But even there, there’s still going to be room for rationalization of the combined product portfolios.

The biggest issue, however, may be just how much room a debt-laden Dell will have to maneuver once the deal is consummated. CEO Michael Dell said one of the reasons his namesake company feels comfortable making a play for EMC is that, as a private company, Dell is significantly ahead of where it expected to be in terms of paying down the debt it first took on to go private.

In fact, since becoming a private company, Dell has hired an additional 2,000 sales representatives to help create even more cash to pay down debt, said Michael Dell. Now, with the help of the same financial partners, the company is taking on even more debt to acquire EMC at a time when more infrastructure than ever is moving into the cloud.

“There are a lot of macro issues, such as the move to cloud, that can affect this. But when you add it all up, there’s $80 billion in combined IT spending slushing around this deal,” said Stowe Boyd, managing director for Gigaom Research. “The success of Dell as a private company is still unproven, so there are likely to be many people who are also going to be negative about this deal as well.”

Not only are more customers rethinking how they will consume IT going forward, many of them are likely to wait and see how the combined entity ultimately rationalizes its product portfolio before making any major commitments. In the meantime, Dell has already signaled that the enterprise systems business of the combined entity will be run out of the headquarters facilities of EMC in Hopkinton, Mass.

From a sales perspective, Dell said both companies are complementary in the sense that Dell’s main focus has been on the small- and midsize business sector, while EMC has always been focused on the enterprise.

Michael Vizard
Michael Vizard is a seasoned IT journalist, with nearly 30 years of experience writing and editing about enterprise IT issues. He is a contributor to publications including Programmableweb, IT Business Edge, CIOinsight, Channel Insider and UBM Tech. He formerly was editorial director for Ziff-Davis Enterprise, where he launched the company’s custom content division, and has also served as editor in chief for CRN and InfoWorld. He also has held editorial positions at PC Week, Computerworld and Digital Review.
Previous articleCloud, Managed Services Brighten Channel Outlook
Next articleAvnet Launches Converged Infrastructure Program