Splunk Looks to the Channel to Fuel Growth 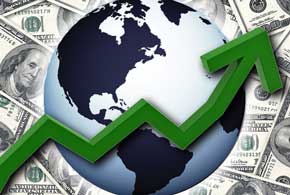 Now that Splunk has made it clear that it aims to generate $5 billion in annual revenue within the next few years, having a formal channel strategy is a much higher priority. The company formalized its channel program to give its partners a more consistent experience that is also simpler to participate in, said Brooke Cunningham, assistant vice president for global partner programs at Splunk.

“A lot of the feedback we got from partners was that the program was unnecessarily complex,” said Cunningham. “It’s something you see a lot with small companies that are growing fast.”

As part of the effort to enhance the program, Splunk is also providing more margin to partners that drive their own deals versus those that help fulfill contracts sold by the company.

The vendor is also making an effort to provide different levels of benefits and support to technology partners that add their own intellectual property on top of Splunk’s. In addition, it is also providing a consistent set of rewards to resellers and managed service providers. Cunningham said that in the latter case, Splunk has rationalized the benefits it provides to partners that act as both resellers and MSPs.

At present, Cunningham reported that the company has 749 active partners that have passed some subset of the 8,000 technology and sales certifications Splunk has created. The vendor isn’t necessarily looking to increase its total number of partners, but it is looking to add capabilities in select areas, such as managed services. In terms of technology partners, he said that 70 percent of those partners are new to Splunk within the last year

Most of those partners are focused on what is known as operational analytics. OnX Enterprise Solutions, for example, became a Splunk partner to add another layer of services on top of the core infrastructure services it already provided, said Jeff Swann, director of solutions architecture for the solution provider. “We wanted to move up the value chain,” he said.

As Splunk continues to expand the reach and scope of its platform into areas such as security, many of its partners expect to be rewarded for investing in developing Splunk expertise. In fact, it’s hard to imagine how Splunk will generate $5 billion in annual revenue by focusing solely on operational analytics that pertain only to IT infrastructure.