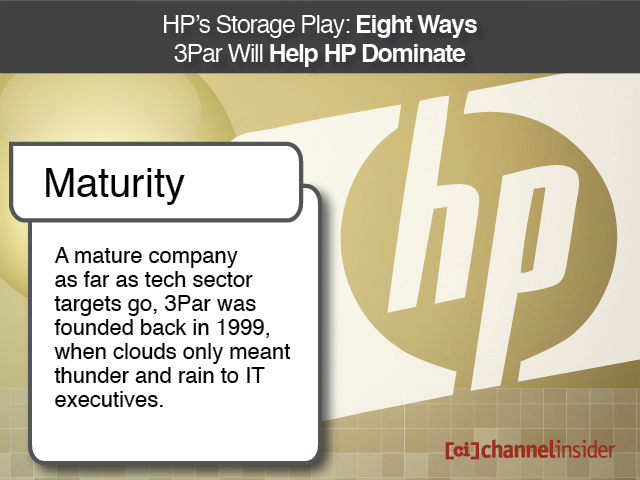 A mature company as far as tech sector targets go, 3Par was founded back in 1999, when clouds only meant thunder and rain to IT executives. 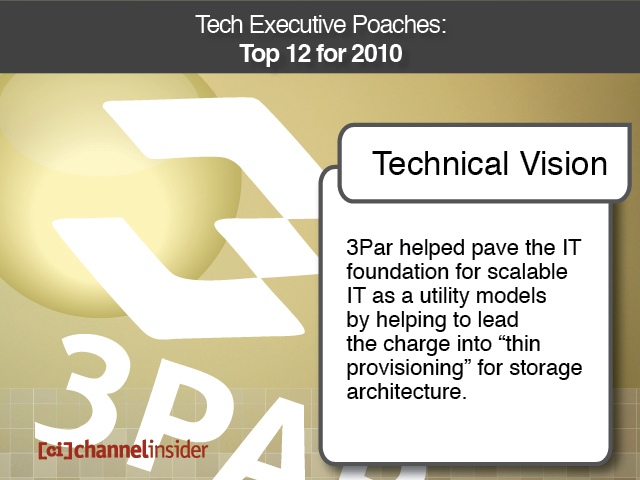 3Par helped pave the IT foundation for scalable IT as a utility models by helping to lead the charge into "thin provisioning" for storage architecture. 3Par began pushing its utility message among a number of competitors, but it was the only one to stick around. It outlasted Cereva Networks and Zambeel, which busted up in 2002 and 2003, as well as YottaYotta, which EMC picked up in a fire sale. 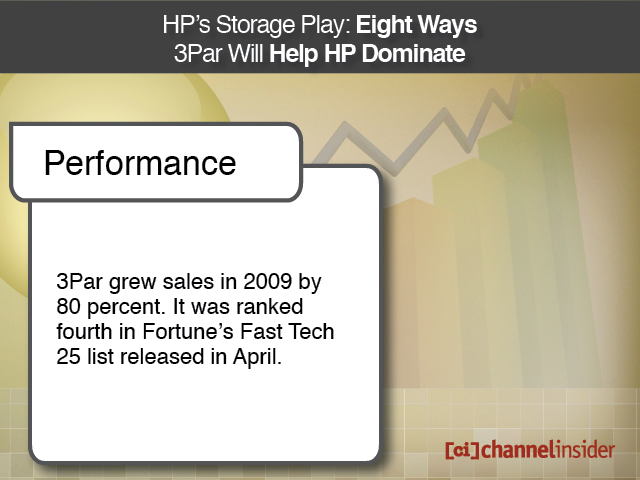 3Par grew sales in 2009 by 80 percent. It was ranked fourth in Fortune’s Fast Tech 25 list released in April. Said David Donatelli, executive vice president and general manager of HP’s enterprise servers, storage and networking division about the pairing: "What’s great about us is we have multiple channels to market, including a large partner network. We have many routes to market that are not available to a smaller company and even to larger companies." Some economic analysts predict that the existing customers and technological advantages that 3Par brings to HP will help it rapidly take share from IBM and EMC in the high end external data storage market. Economist Dian Chu predicts that by the end of 2011 HP will vault over IBM for second place in the market. As it stands, HP has 11 percent share, behind IBM’s 14 percent and EMC’s 25 percent. The competitive blocking advantages HP gains over Dell–and other storage vendors, for that matter–cannot be overemphasized. It’s why the companies raised their offers so many times in the first place. 3Par is a rare bird in this niche.