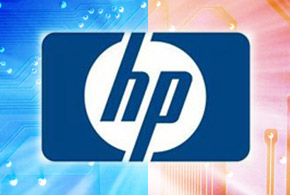 Looking to reassure partners in advance of the upcoming company split, Hewlett-Packard this week at its Global Partner 2015 conference outlined how the two new entities will operate after November.

Through a new HP Navigator program, HP plans to set aside dedicated channel management resources to help partners and distributors make the transition.

Partners that do business with HP through distributors will be largely unaffected, said Patrick Eitenbichler, director of marketing for the HP Partner One channel program. But for the partners that HP deals with directly, the company wants to make sure the move to create separate HP Inc. and Hewlett-Packard Enterprise with the least disruption possible.

HP executives on Oct. 6 announced that the company will split in two by the end of its fiscal 2015. HP Inc., will house the PC and printer businesses, and Hewlett-Packard Enterprise, will focus on servers, storage, networking, converged systems, services as well as the Open Stack Helion cloud platform.

As part of its effort to keep disruption to a minimum, HP this week announced the HP Partner One Alliance through which it will continue to provide partners with incentives to bundle products and services from the two companies. For example, security and mobility are likely to be two areas where the two companies will remain fairly tightly aligned.

However, both entities will be able to create their own alliances as they see fit, Eitenbichler said.

Finally, HP also announced it is creating an HP Helion Partner Marketplace through which third-party products and services that are compatible with HP cloud technologies can be more easily accessed and then deployed.

It’s not clear to what degree each of these new HP entities will be able to operate independently of one another in terms of forming alliances with each other’s competitors. Nor is it clear whether these two companies will continue to stand as multibillion-dollar business in their own right or pursue merger and acquisition opportunities that may result in their ultimate extinction.

Whatever does occur after November, both entities will continue to be highly dependent on the channel, the company said.