How Ingram Micro Sees Its Future in the Cloud Age 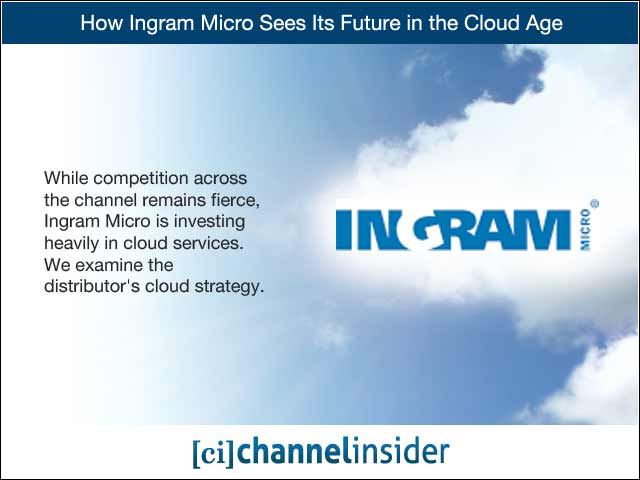 How Ingram Micro Sees Its Future in the Cloud Age

While competition across the channel remains fierce, Ingram Micro is investing heavily in cloud services. We examine the distributor’s cloud strategy. Level of Commitment to the Cloud 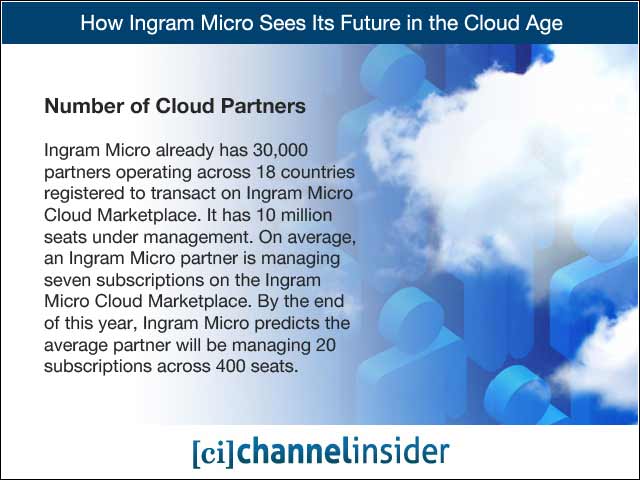 Ingram Micro as a Mall in the Cloud

The Ingram Micro Cloud Marketplace now provides access to more than 500 cloud services. Solution providers can either expose a branded or white-label version of the marketplace to their customers, or they can opt to download a version of the Odin cloud platform to host an instance of the store on their own private cloud. Ingram Micro has revealed it is building an integrated platform-as-a-service (iPaaS) environment through which partners will be able to integrate cloud applications and services more easily. Ingram Micro also announced a Cloud Referral Program through which traditional resellers can market cloud services via their own Websites. Ingram Micro has also created Ingram Micro Cloud Echo, a marketing service that will make it simpler for solution providers to reuse marketing content across multiple social networks. Once the acquisition of Ingram Micro by Tianjin Tianhai is complete, the company will join HNA Group. As such, Ingram Micro for all intents and purposes will become a private entity.

Michael Vizard
Michael Vizard is a seasoned IT journalist, with nearly 30 years of experience writing and editing about enterprise IT issues. He is a contributor to publications including Programmableweb, IT Business Edge, CIOinsight, Channel Insider and UBM Tech. He formerly was editorial director for Ziff-Davis Enterprise, where he launched the company’s custom content division, and has also served as editor in chief for CRN and InfoWorld. He also has held editorial positions at PC Week, Computerworld and Digital Review.
Previous articleGoogle Moves Closer to Channel via AppDirect
Next articleApple Systems, Devices Reach the Enterprise Core