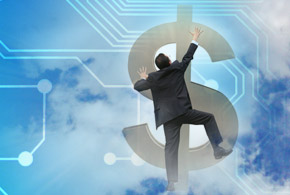 The role of the API provider in the channel has yet to be defined fully. However, the potential for those able to carve out a share the burgeoning, yet complex API economy is significant.

On the plus side, the channel could potentially be more relevant than ever in the API economy, but on the downside, the path to success is apt to be rife with technology and business disruption.

For the channel, the API economy manifests itself in two ways. The first involves applications that use APIs to share data and simplify integration. In fact, that ability is driving a wave of digital disruption that is now keeping almost every business executive up at night to one degree or another.

At the other end of the spectrum is the way APIs are transforming how IT solutions are crafted at the infrastructure level. While not nearly as visible as the API of an application, it may very well be infrastructure APIs that have the most profound impact on the channel.

The reason for that is that APIs are fundamentally changing the rate at which IT solutions are expected to be delivered. The impact of that change on those providing services in the API economy will be significant. Instead of taking months to deliver an IT project, solution providers in the age of the cloud are now expected to be able to weave various components together using APIs that enable those solutions to be delivered in a matter of days and weeks.

The speed at which a project can be completed is often the difference between winning and losing new business, said Paul Jacoby, senior vice president of sales and client services for Logicworks, a managed service provider.

“We tend to do very well when they start asking our engineers how they can do something,” Jacoby said.

However, as the amount of time it takes to complete a project shrinks, IT solution providers need to increase the volume of projects they are working on in any given time period.

At the same time, those providing services in the API world will continue to face increasing pressure from vendors to add value by delivering unique applications for use in a particular vertical industry. The challenge they face on that front, however, is complex.

While the first is finding an application that generates enough demand to be worth developing in the first place, the second is making sure the API provider can make enough of a profit from the endeavor. Some cloud service providers expect as much as 30 percent of the revenue generated by a third-party application that makes use of its APIs and associated software development kits (SDKs) to be passed back to them. Other cloud platform providers, such as Zoho, don’t charge anything to use their APIs.

“We don’t charge any commissions at all,” said Raju Vagesna, chief evangelist for Zoho. “We think the rest of the industry is headed in the wrong direction. Whoever builds an application is already adding value to our platform.”

Michael Vizard
Michael Vizard is a seasoned IT journalist, with nearly 30 years of experience writing and editing about enterprise IT issues. He is a contributor to publications including Programmableweb, IT Business Edge, CIOinsight, Channel Insider and UBM Tech. He formerly was editorial director for Ziff-Davis Enterprise, where he launched the company’s custom content division, and has also served as editor in chief for CRN and InfoWorld. He also has held editorial positions at PC Week, Computerworld and Digital Review.
Previous articleWindows 10 Headwinds to Get Stronger
Next articleOracle-NetSuite Deal a Sign of the Channel Times