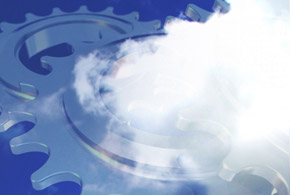 Forging a far-reaching agreement that has major repercussions in the channel and across the IT industry, Microsoft and Red Hat on Nov. 4 announced a broad alliance covering everything from the hosting of Red Hat software running on the Microsoft Azure cloud to how that software will be serviced and supported.

Both Paul Cormier, president of products and technologies for Red Hat, and Scott Guthrie, executive vice president for Microsoft’s Cloud and Enterprise division, described the alliance as unique for both companies in terms of its breath and scope.

Under the terms of the alliance, Microsoft will not only become a member of the Red Hat Certified Cloud and Service Provider Program, Red Hat customers will be able to transfer Red Hat software licenses for operating systems and middleware in and out of the Microsoft Azure cloud at will. Specifically, Red Hat customers will be able run their own virtual machine images to run in Microsoft Azure.

Customers will also be able to run Red Hat JBoss Enterprise Application Platform, Red Hat JBoss Web Server, Red Hat Gluster Storage and the OpenShift platform-as-a-service environment as well as an instance of the lightweight Red Hat Atomic operating system that is optimized for containers such as Docker.

In the coming months, Microsoft and Red Hat also pledged to create Red Hat On-Demand, a “pay-as-you-go” service through which Red Hat Enterprise Linux images supported by Red Hat will be available in the Azure Marketplace.

The two leading providers of operating system software in and out of the cloud have pledged to co-locate support teams in the same data center facilities and will collaborate on the development of open-source Microsoft.Net technologies that will run on top of RHEL.

For its part, Microsoft already offers support for Linux in the cloud. But the alliance with Red Hat now makes the leading distribution of Linux available on the Microsoft Azure cloud. That addition should help Microsoft do battle with Amazon Web Services (AWS) in terms of the number of application workloads capable of running on its public cloud.

In fact, Microsoft sees the alliance with Red Hat as an extension of its own hybrid cloud computing ambitions that are grounded on the proposition that customers will prefer to run the exactly same software in the cloud that they currently run on premise.

“We’re doubling down on hybrid cloud as a differentiation,” said Guthrie. “We want to meet customers where they are with software they are familiar with.”

Meanwhile, Cormier concurs that demand for hybrid cloud computing capabilities is the driving force behind the alliance.

“We’re trying to propel a true hybrid cloud computing environment,” said Cormier. “Cloud computing is, and will continue to be, hybrid by definition.

For solution providers and their customers, the idea that Red Hat and Microsoft would collaborate on anything was once improbable, at best. But with the rise of the cloud and new leadership at Microsoft, what was once clearly seen as unthinkable now appears to be not only doable but also a necessity as both companies look to contend with new dynamics in the age of the cloud.

Michael Vizard
Michael Vizard is a seasoned IT journalist, with nearly 30 years of experience writing and editing about enterprise IT issues. He is a contributor to publications including Programmableweb, IT Business Edge, CIOinsight, Channel Insider and UBM Tech. He formerly was editorial director for Ziff-Davis Enterprise, where he launched the company’s custom content division, and has also served as editor in chief for CRN and InfoWorld. He also has held editorial positions at PC Week, Computerworld and Digital Review.
Previous articleOracle Maps Out Cloud-First Plan for the Channel
Next articleOptimism Runs High in Channel and IT Camp Overall