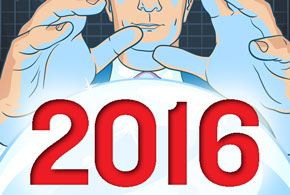 At a time when there’s a lot of uncertainty concerning the global economy, the IT channel can take some comfort in the fact that not only did it grow in 2015, but it’s also expected to grow again this year.

Despite a downturn in global IT spending in 2015, for the fourth consecutive year U.S. business-to-business commercial channel revenue increased to the point where the channel is now estimated to generate $72 billion in annual revenue, according to projections from market research firm NPD Group. Sales in 2015 grew 2.1 percent to more than $72 billion. From 2012 to 2015, NPD says the U.S. commercial channel market showed a 4.4 percent compound annual growth rate, adding roughly $8.7 billion in revenue over that period.

As the macro IT landscape evolves, many solution providers are still finding opportunities to customize solutions, said Michael Diamond, NPD director of industry analysis for commercial technology. While the rise of Microsoft Office 365 may be having a negative impact on profits as more Microsoft applications move into the cloud, other categories—ranging from PCs running Windows 10 to hyperconverged infrastructure in the data center—are red hot, he said.

“The channel isn’t going away any time soon,” Diamond said. “Overall, it’s getting better for the channel.”

Gartner predicts global IT spending will edge up 0.6 percent, to $3.54 trillion (constant U.S. dollars) this year from nearly $3.52 trillion in 2015, which was down 5.8 percent from the year before. On the IT services front, Gartner forecasts spending will rebound 3.1 percent this year to $940 billion from $912 billion in 2015. Last year, IT services spending dropped 4.5 percent from the year before.

CompTIA is forecasting 4.7 percent growth for the overall U.S. IT market in 2016.  “Should the always—unpredictable global economy pick up steam, IT industry growth could tilt toward its upside potential of 7 percent,” a recent report from CompTIA reads. “Conversely, volatility, spending slowdowns, dollar appreciation, or any number of other factors, could inhibit growth, dragging the rate of change down closer to the pessimistic outlook of 2.4 percent.”

Barring a major shift in the global economy, including the price of oil worldwide and  slower economic growth in China, or IT market conditions, the channel can likely count on a fifth consecutive year of growth.

The challenge for the channel, of course, is picking the right segment of the IT sector to focus on. For example, while cloud computing has not disintermediated the channel as some observers once feared; it is changing the economics of how many classes of IT services are delivered by, for example, eliminating the need to locally manage and deploy Microsoft Office and Exchange on PCs and servers running on premise.

In general, Diane Krakora, CEO of PartnerPath, a channel consulting firm, said that anything less than 5 percent annual growth for the channel is still relatively anemic.

“I don’t think even a 4 percent growth rate is very high,” Krakora said. “The challenge the partners face is where to invest to drive higher growth rates.”

To make sure partners meet substantially higher growth goals, vendors have been pouring money into sales-enablement programs, Krakora said. The degree to which those programs will pay off will vary widely by vendor.

As for solution providers, what matters most is not so much the rate at which their top-line revenue grows, but rather the percentage of that revenue that drops to the bottom line.

Michael Vizard
Michael Vizard is a seasoned IT journalist, with nearly 30 years of experience writing and editing about enterprise IT issues. He is a contributor to publications including Programmableweb, IT Business Edge, CIOinsight, Channel Insider and UBM Tech. He formerly was editorial director for Ziff-Davis Enterprise, where he launched the company’s custom content division, and has also served as editor in chief for CRN and InfoWorld. He also has held editorial positions at PC Week, Computerworld and Digital Review.
Previous article
Strong Windows 10 Adoption Bodes Well for Channel
Next article
Should Solution Providers Have Blogs? It Depends