Battle for Network Control Plays Out in Channel 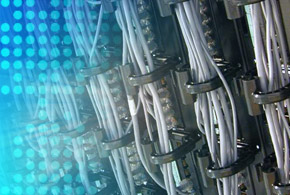 Networking has emerged as one of the most dynamic segments of the channel in recent months, thanks to a wave of vendor mergers and acquisitions as well as alliances. Now vendors are moving to unify channel programs across broad portfolios of wired and wireless offerings.

Case in point is Aruba, a provider of wireless networking products and services that Hewlett-Packard acquired last year and that is now part of Hewlett Packard Enterprise (HPE). HPE unveiled a unified channel partner program spanning both the Aruba and HPE networking portfolio. The program not only borrows heavily from an existing Aruba channel program noted for its flexibility, but all existing Aruba partners are being grandfathered into the HPE program at their highest achieved tier.

“The new program is ready to go,” said Jim Harold, vice president of North America Channels for Aruba. “It has all the tiers, deal protection and certification kickers built in.”

As part of this channel initiative is the new Aruba Mobile First Platform, which provides developers with access to a set of application programming interfaces (APIs) intended to make Aruba networking products more accessible to a wide variety of management platforms.

In fact, increased use of wireless networks is also driving demand for faster wired switches that absorb that network traffic into the rest of enterprise.

Bill Tracy, director of solution architecture at Structured Communication Systems, noted that while being owned by HPE gives the solution provider the ability to sell more of an end-to-end solution against rivals such as Dell Technologies, the primary focus remains squarely on mobile computing.

“Fifty percent of the devices being deployed today are mobile devices that don’t even have an Ethernet port,” said Tracy “Wireless networks now lead the conversation with the customer.”

André Kindness, an industry analyst with Forrester, observes that all these deals were driven mainly by the rise of mobile computing. But at this juncture, it’s not clear to what degree networking vendors will need or want to converge the management platforms for wired and wireless networking technologies, he said.

“It’s complex to combine the two,” said Kindness. “They’re not trying to create one single platform.”

Regardless of how solution providers address the networking opportunity, all that traffic being generated by mobile devices has to go somewhere. As such, wireless access points and controllers are just the beginning of an opportunity that now stretches across the extended enterprise.

Michael Vizard
Michael Vizard is a seasoned IT journalist, with nearly 30 years of experience writing and editing about enterprise IT issues. He is a contributor to publications including Programmableweb, IT Business Edge, CIOinsight, Channel Insider and UBM Tech. He formerly was editorial director for Ziff-Davis Enterprise, where he launched the company’s custom content division, and has also served as editor in chief for CRN and InfoWorld. He also has held editorial positions at PC Week, Computerworld and Digital Review.
Previous articleDocker Steps Up Its Channel Strategy
Next articleTech CEOs See Disruption as Route to Transformation