A full 85% of enterprises have a mobile application development backlog of one to 20 apps; 50% have a backlog of 10 to 20 mobile apps. 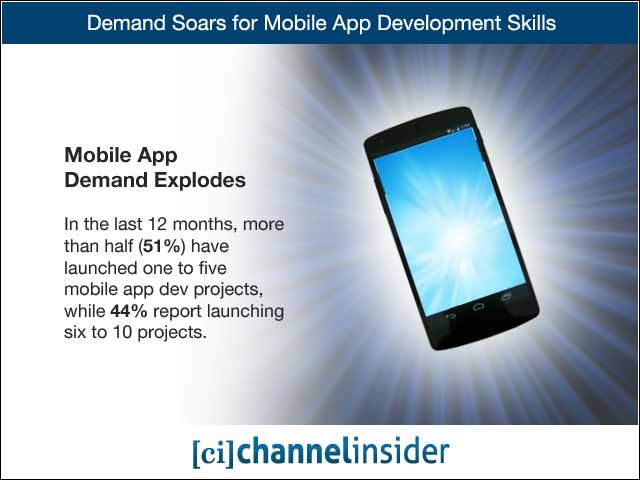 In the last 12 months, more than half (51%) have launched one to five mobile app dev projects, while 44% report launching six to 10 projects. Just over half (51%) said it takes them, on average, three to six months to build a complete mobile app, while 6% admitted it sometimes takes them up to a year to build and deliver mobile apps. More than two-thirds (66%) said they are trying to generate revenue. A large percentage of those polled are trying to improve an existing mobile app (58%) or enhance customer experience (52%). The top three mobile dev skills respondents had major challenges hiring for were Java (31%), JavaScript (19%) and .NET (17%). Mobile apps are driving adoption of JavaScript in particular. 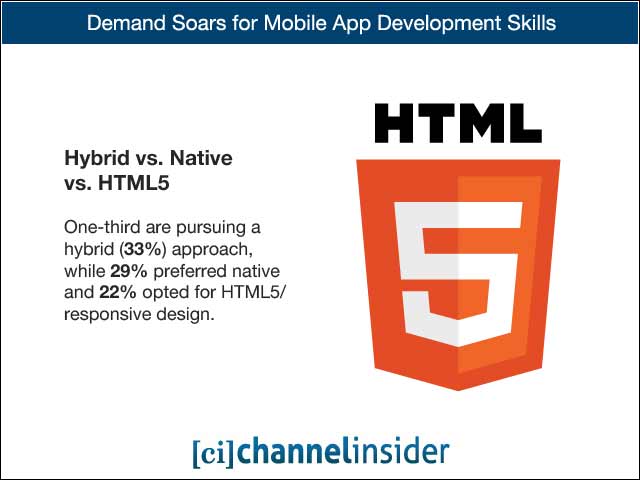 Hybrid vs. Native vs. HTML5

One-third are pursuing a hybrid (33%) approach, while 29% preferred native and 22% opted for HTML5/ responsive design. There’s no rest for the weary. Nearly three-quarters report having six to 15 developers working; 21% are using 16 to 30. The vast majority (72%) were using in-house development, versus just over half (52%) who had outsourced IT. Additionally, 29% are using some form of cloud services. Reliance on External Developers by Vertical

Michael Vizard
Michael Vizard is a seasoned IT journalist, with nearly 30 years of experience writing and editing about enterprise IT issues. He is a contributor to publications including Programmableweb, IT Business Edge, CIOinsight, Channel Insider and UBM Tech. He formerly was editorial director for Ziff-Davis Enterprise, where he launched the company’s custom content division, and has also served as editor in chief for CRN and InfoWorld. He also has held editorial positions at PC Week, Computerworld and Digital Review.
Previous articleIT Execs Confident in Industry’s Future, Yet They Worry
Next articleAvnet Intros Tool to Help Partners Manage Cloud Accounts