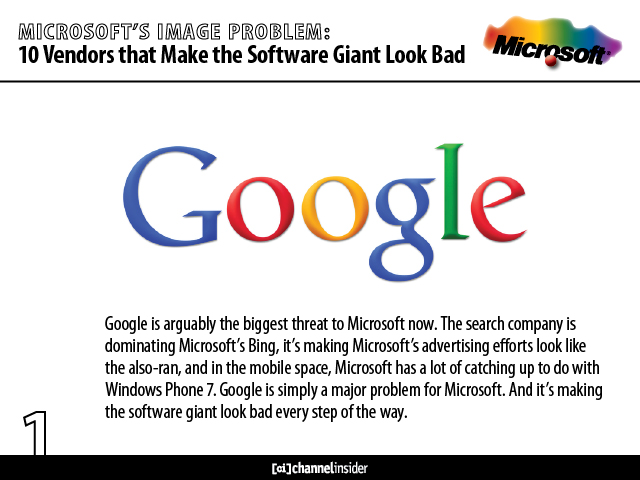 Google is arguably the biggest threat to Microsoft now. The search company is dominating Microsoft’s Bing, it’s making Microsoft’s advertising efforts look like the also-ran, and in the mobile space, Microsoft has a lot of catching up to do with Windows Phone 7. Google is simply a major problem for Microsoft. And it’s making the software giant look bad every step of the way. Apple was once the company that Microsoft loved to dominate. But today, it’s nothing of the sort. Apple is a major force in the mobile space. And it’s selling more Macs than ever before. About a decade ago, some would have thought it impossible, but today, Apple is making Microsoft look bad in several different markets. HP made Microsoft look bad earlier this year when it promised a Slate tablet and didn’t deliver. The device is back on, and it should be coming to store shelves sooner rather than later, but it’s clearer now than ever that HP feels it doesn’t need Microsoft nearly as much as it once did. Dell relies more upon Microsoft than HP. But that doesn’t mean that the company isn’t making Microsoft look bad. In fact, its decision to go with Google’s Android OS in both its Aero smartphone and Streak tablet seems to indicate that it doesn’t necessarily believe in Microsoft’s ability to field a viable mobile product. That might change over time, of course, but for now, expect Dell to continue ignoring Microsoft in the mobile space. 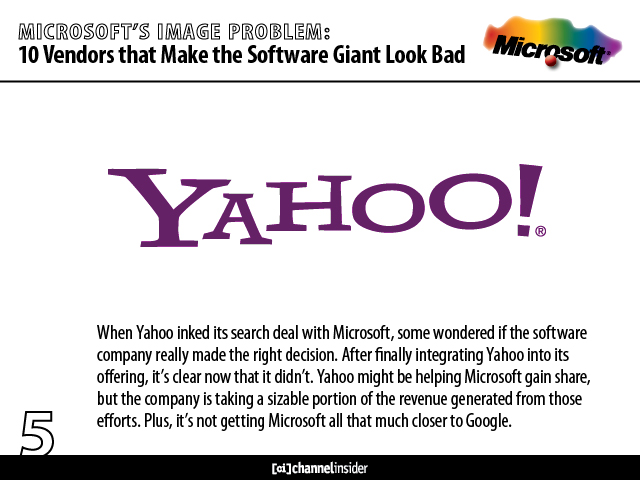 When Yahoo inked its search deal with Microsoft, some wondered if the software company really made the right decision. After finally integrating Yahoo into its offering, it’s clear now that it didn’t. Yahoo might be helping Microsoft gain share, but the company is taking a sizable portion of the revenue generated from those efforts. Plus, it’s not getting Microsoft all that much closer to Google. 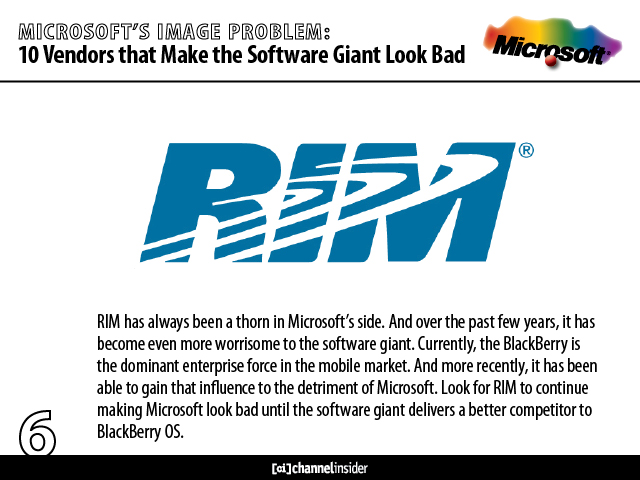 RIM has always been a thorn in Microsoft’s side. And over the past few years, it has become even more worrisome to the software giant. Currently, the BlackBerry is the dominant enterprise force in the mobile market. And more recently, it has been able to gain that influence to the detriment of Microsoft. Look for RIM to continue making Microsoft look bad until the software giant delivers a better competitor to BlackBerry OS. Mozilla might not seem like the obvious choice for a company that’s making Microsoft look bad, but it does. Mozilla’s Firefox platform is a far more viable browser than Internet Explorer. And consumers are starting to realize that. Over time, Internet Explorer 9 could change that, but at least for now, Firefox continues to be the company that makes Microsoft look bad online. HTC was once heavily invested in Windows Mobile. The company is still offering Windows Mobile devices. But with the Droid Incredible, the Nexus One, and other Android-based devices, the company has made it clear that going forward, Android OS will be what it focuses most of its efforts on. Given the success of Android, that makes some sense. But Microsoft can’t be happy about it. 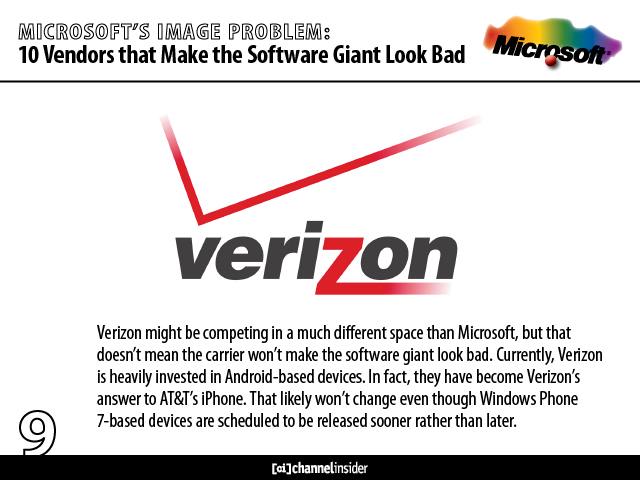 Verizon might be competing in a much different space than Microsoft, but that doesn’t mean the carrier won’t make the software giant look bad. Currently, Verizon is heavily invested in Android-based devices. In fact, they have become Verizon’s answer to AT&T’s iPhone. That likely won’t change even though Windows Phone 7-based devices are scheduled to be released sooner rather than later. Microsoft is making itself look bad. The company is making poor decisions in the mobile market. It’s not doing enough on the Web. And it continues to insufficiently gauge what enterprise customers are really looking for. All the while, it’s being hit hard by those problems. And going forward, those issues could continue if it doesn’t start changing its strategy.