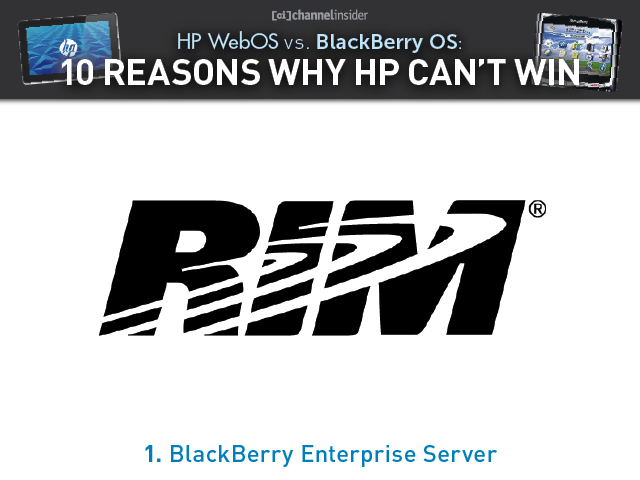 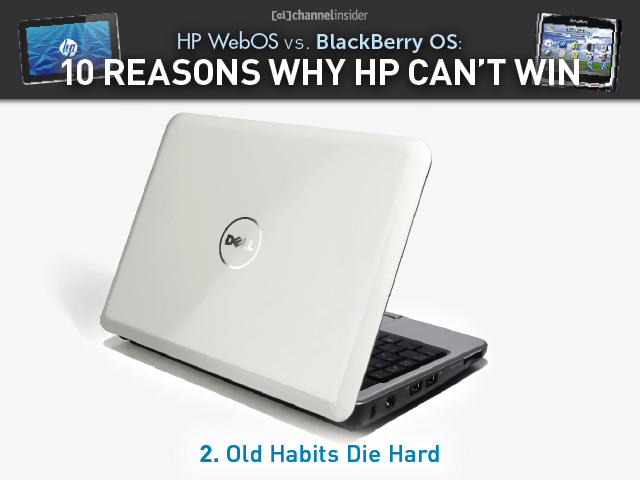 Let’s not forget that this discussion revolves around corporate customers. And if history is going to be the guide for the future, it’s worth noting that corporate customers are notoriously unwilling to swap out current products for something new. Dell’s relative success in the enterprise to this day is proof of that. The reason why is simple: productivity, and thus, revenue, could slip. And in the corporate world, anything that cuts into revenue just isn’t a good option. 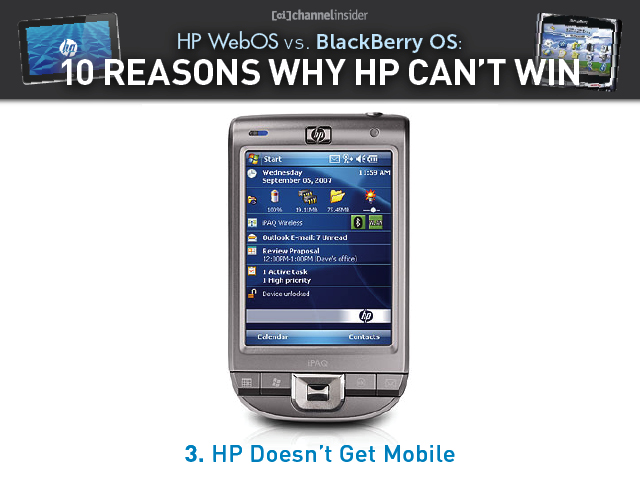 HP just doesn’t understand how to be successful in the mobile market. Just look at its ill-fated iPaq. Admittedly, HP has done extremely well appealing to corporate customers and consumers in other areas. But when it comes to the mobile space, it has always been lacking. Why would its efforts with WebOS be any different? 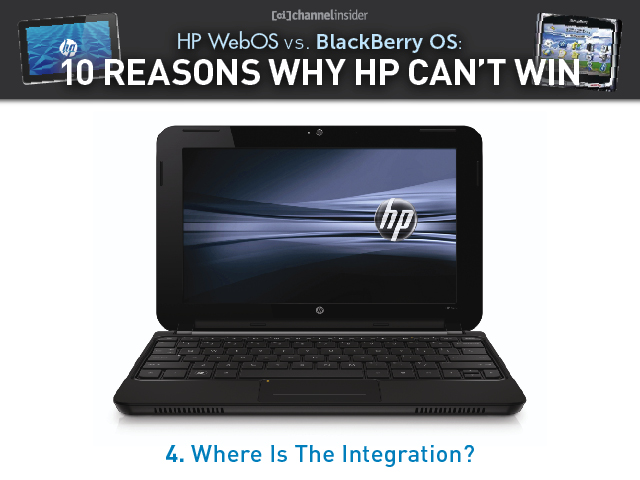 4. Where Is The Integration? 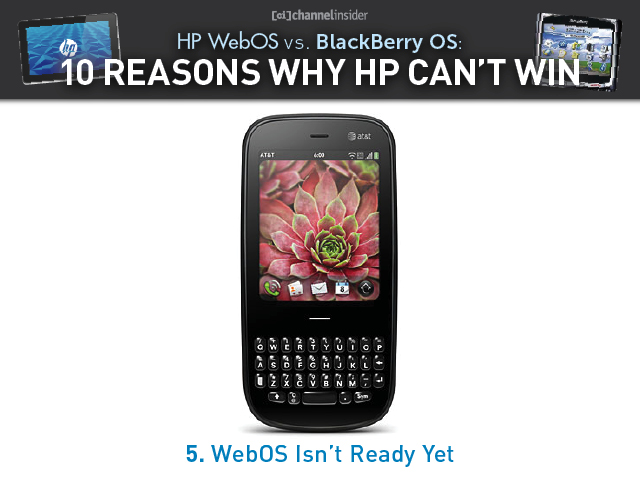 Let’s be honest, WebOS is a fine operating system for consumers that want a little something different from Apple or Google, but the mobile operating system is in no way ready for the corporate world. It’s still a little buggy, it’s obviously designed to compete with the iPhone, rather than a BlackBerry, and it delivers no sizable benefit to the average corporate customer. Until HP makes it corporate-ready, the OS just isn’t prepared to appeal to the average company’s employee. 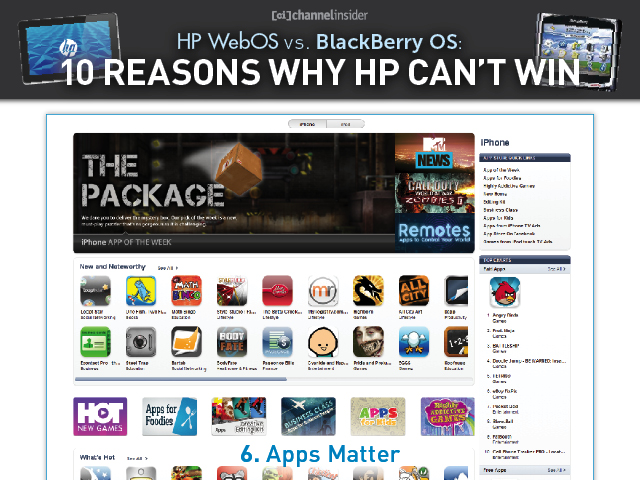 When it comes to mobile applications, RIM’s BlackBerry App World is lacking. In fact, the BlackBerry App World is at the bottom of the list when compared to Google and Apple. But it’s far ahead of WebOS in the number of applications available. Part of the problem is that Palm didn’t make the software developer-friendly. Apps are being used on the BlackBerry to extend its functionality. To some extent, corporate customers require it. And for now, HP won’t be able to provide it. 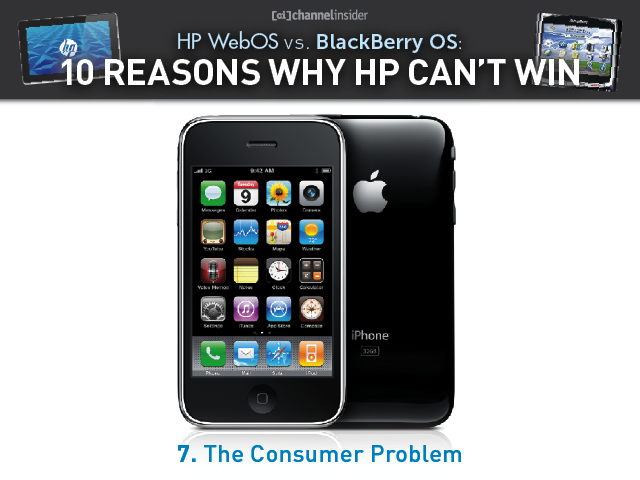 WebOS was originally designed for consumers. By delivering the software on the still-available Pre and Pixi, HP is still making a significant play for the consumer market. Meanwhile, it’s leaving the enterprise space out of its strategy. The longer that happens, the less the corporate world will draw a correlation between WebOS and the enterprise. RIM has been successful because it explicitly targets the enterprise. HP must remember that. 8. Phone Design Must Play A Role

The Palm Pre and the Palm Pixi fail to offer a phone design that the average corporate customer really wants. For one, the Pre is too reliant upon the touch screen for functionality, which has been a key sticking point with the iPhone’s low adoption rate in the corporate world. Beyond that, the device seems small, and doesn’t fit well with the desires of corporate customers that want a viable physical keyboard, simple OS functionality, and the option to do more than just use the phone. 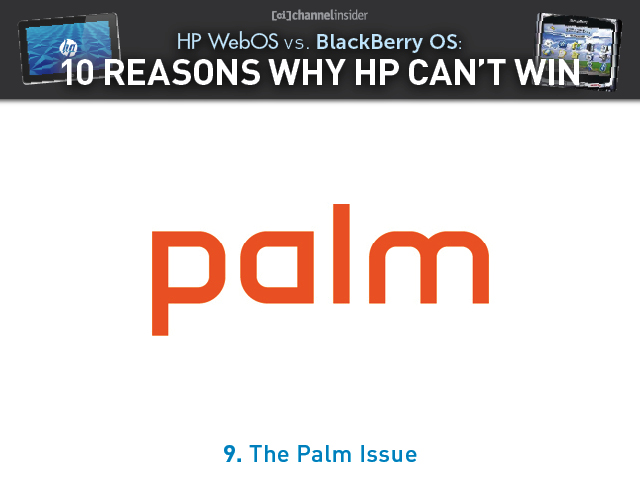 Although some say that its acquisition of Palm was a smart move, HP might have a serious problem with the Palm name when it tries to appeal to corporate customers. Palm has never really been a highly desirable handset maker in the enterprise. Palm typically couldn’t beat more enterprise-focused companies, like Microsoft or RIM. Exactly how HP, a company that hasn’t done well in the mobile space itself, hopes to turn that around is anyone’s guess. 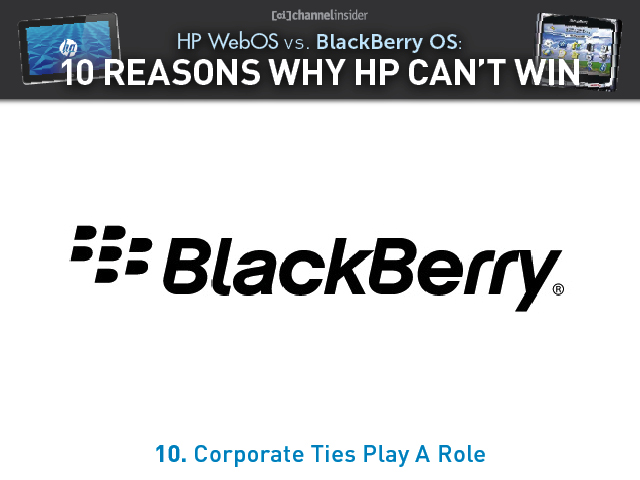 Companies don’t like to break ties with organizations that they have had good relationships with throughout the years. And unfortunately for HP, RIM is one of those companies. In fact, BlackBerry devices, and RIM itself, are typically highly rated in overall satisfaction among companies. They know and trust RIM and its products. Now it’s up to HP to make them want to trust HP more than RIM. And that could be a tall order.