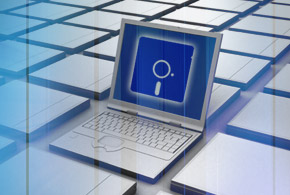 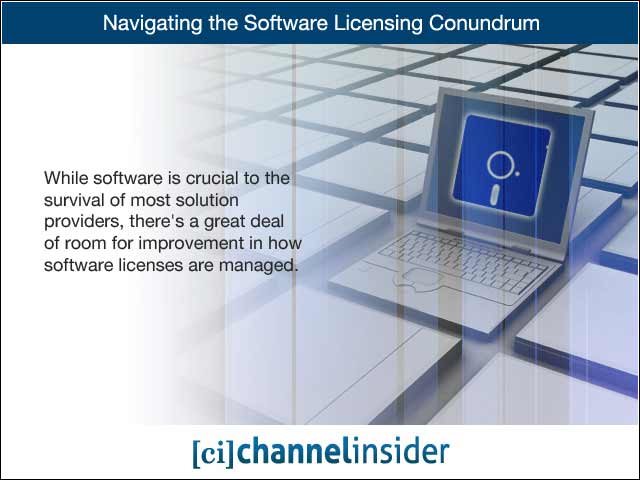 While software is crucial to the survival of most solution providers, there’s a great deal of room for improvement in how software licenses are managed. 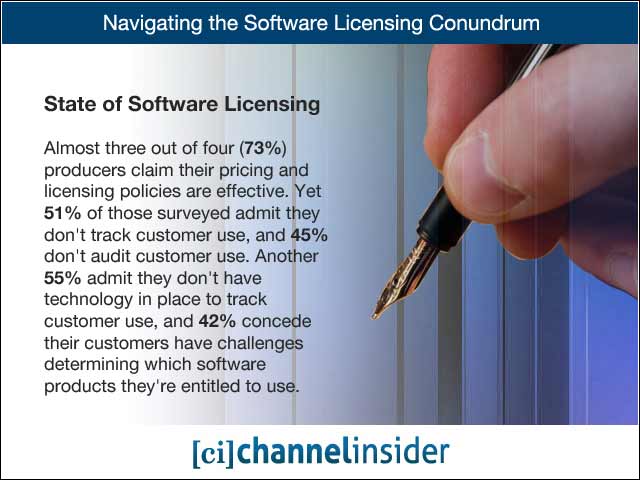 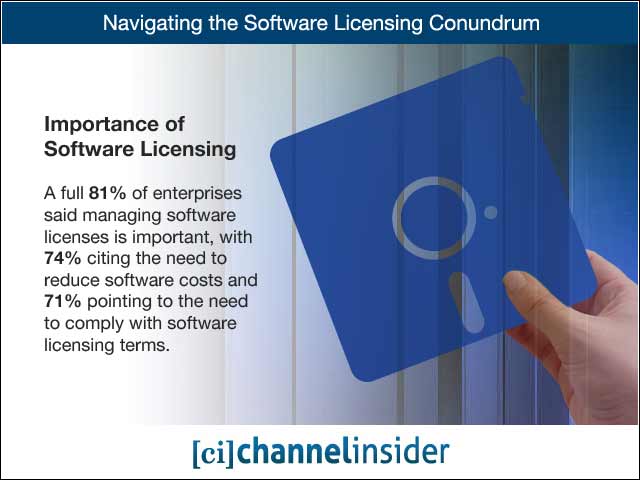 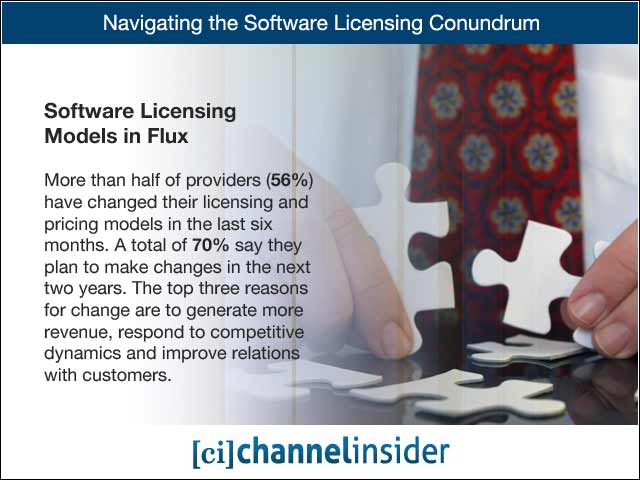 More than half of providers (56%) have changed their licensing and pricing models in the last six months. A total of 70% say they plan to make changes in the next two years. The top three reasons for change are to generate more revenue, respond to competitive dynamics and improve relations with customers. 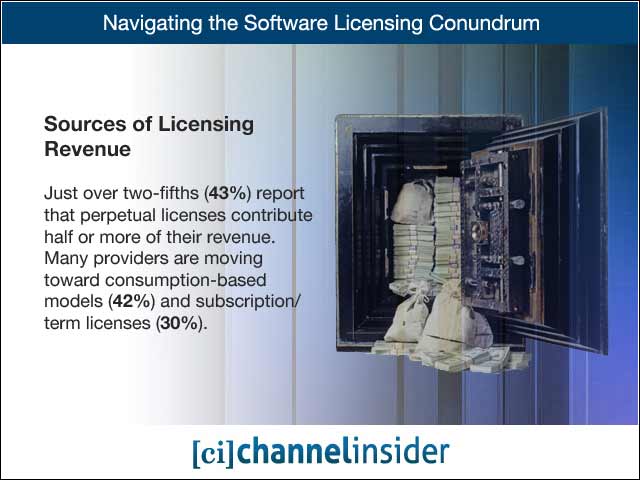 Just over two-fifths (43%) report that perpetual licenses contribute half or more of their revenue. Many providers are moving toward consumption-based models (42%) and subscription/term licenses (30%). 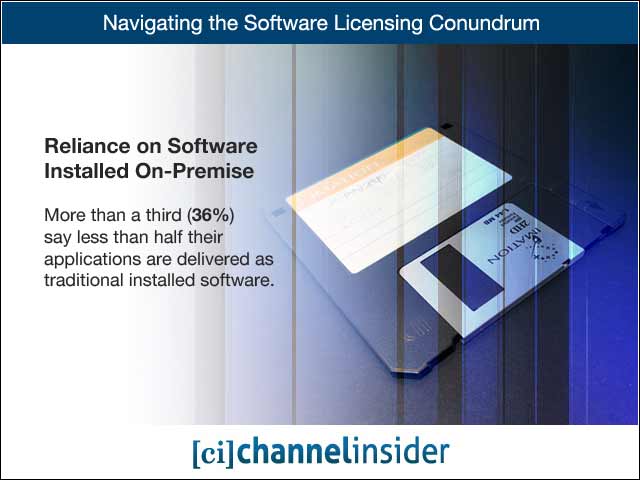 More than a third (36%) say less than half their applications are delivered as traditional installed software. 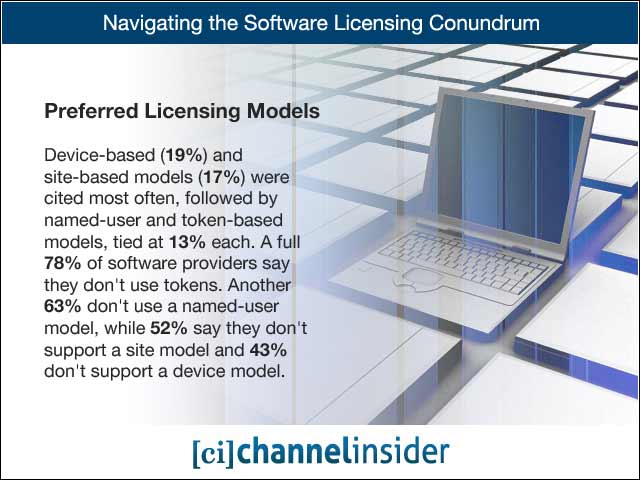 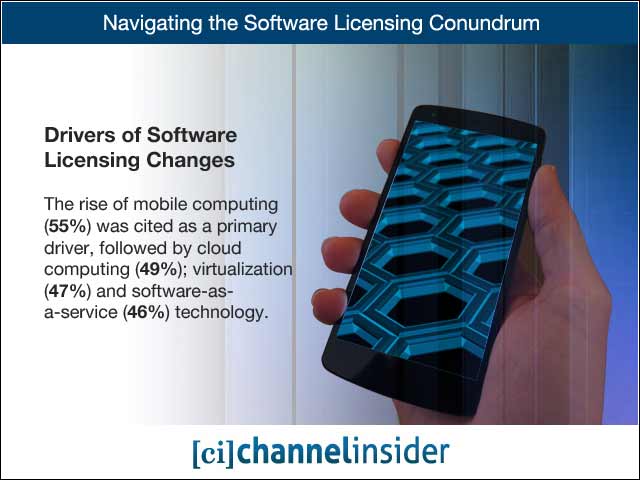 The rise of mobile computing (55%) was cited as a primary driver, followed by cloud computing (49%); virtualization (47%) and software-as-a-service (46%) technology. 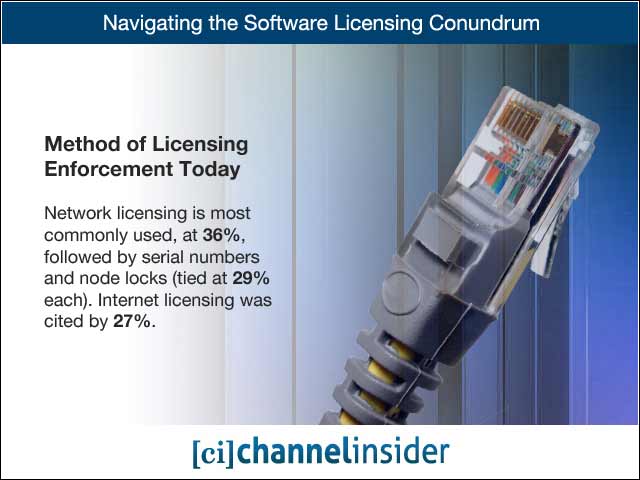 Network licensing is most commonly used, at 36%, followed by serial numbers and node locks (tied at 29% each). Internet licensing was cited by 27%. 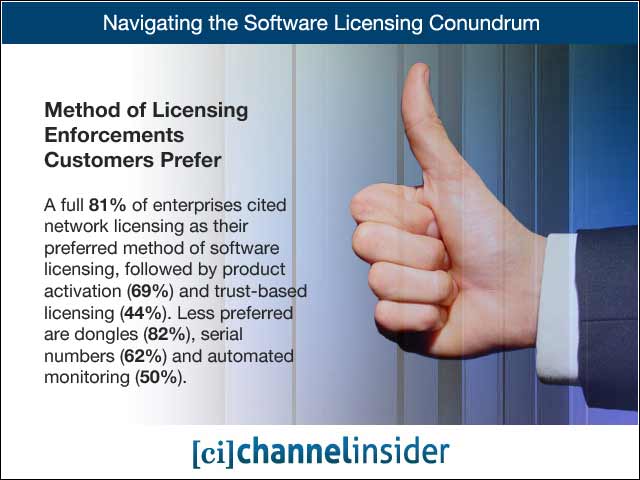 A full 81% of enterprises cited network licensing as their preferred method of software licensing, followed by product activation (69%) and trust-based licensing (44%). Less preferred are dongles (82%), serial numbers (62%) and automated monitoring (50%). 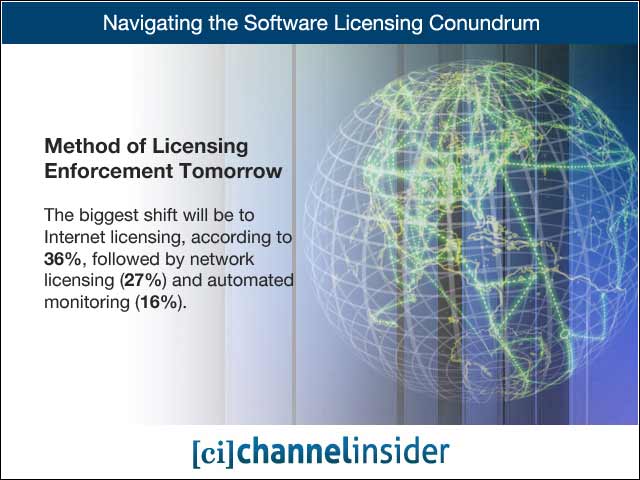 The biggest shift will be to Internet licensing, according to 36%, followed by network licensing (27%) and automated monitoring (16%).

Michael Vizard
Michael Vizard is a seasoned IT journalist, with nearly 30 years of experience writing and editing about enterprise IT issues. He is a contributor to publications including Programmableweb, IT Business Edge, CIOinsight, Channel Insider and UBM Tech. He formerly was editorial director for Ziff-Davis Enterprise, where he launched the company’s custom content division, and has also served as editor in chief for CRN and InfoWorld. He also has held editorial positions at PC Week, Computerworld and Digital Review.
Previous articleVMware Study Points to Windows 10 Adoption Paradox
Next articleMSPs in the Cloud World: Exploring Opportunities