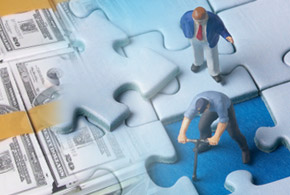 Hyperconverged solutions represent one of the hottest technology categories to come down the data center pike in recent memory. However, as is often the case when it comes to new territory being carved out, there’s now something of a land-grab taking place.

Most vendors and partners in the channel alike are pursuing hyperconverged infrastructure (HCI) opportunities whenever, and frequently with whomever, they can.

“When it comes to hyperconverged infrastructure in the channel, it’s the Wild West out there,” said Diane Krakora, president of PartnerPath, a channel consulting firm. “There’s not a lot of loyalty.”

The good news for the channel is that large swaths of the data center are undergoing a transformation. Initially, converged systems emerged that bundled compute, storage, networking and virtualization software into the same chassis. But then hardware vendors—such as Nutanix, Dell EMC, Cisco, Huawei, Scality, Pivot8 and Hewlett Packard Enterprise (HPE)—developed HCI solutions that add a layer of software that tightly integrates the management of compute and storage under a common scale-out architecture.

From that point on, demand for HCI solutions skyrocketed because IT organizations could reduce both their cost of acquiring new platforms and the operational expenses associated with running them. At the same time, however, it also became apparent that some customers just want to be able to access HCI software.

That gave rise to HCI offerings from VMware, SimpliVity and others. Now, even Nutanix gives customers the option of just acquiring its software for use on-premise or in the cloud.

A new report from 451 Research finds that about 40 percent of IT organizations are already making use of HCI solutions. Nearly one-fourth of respondents to the 451 Research survey indicated that they have hyperconverged infrastructure either in a pilot phase or they have plans for future adoption of the technology. The survey indicates that 74 percent of organizations are currently using an HCI solution somewhere in the core of their data centers.

The popularity of HCI initially caught many incumbent providers of servers by surprise. Rather than compete head-on with category pioneers, Dell, for example, responded by partnering with Nutanix to resell its HCI system. Later, Dell acquired EMC, which included a VCE business unit that had its own HCI appliance.

Now the combined Dell EMC entity is positioning the HCI systems such as VxRail sold by the new rechristened Converged Systems Group business as being optimized for VMware environments, while continuing to resell the Nutanix platform in environments that have standardized on other hypervisors, including one developed by Nutanix as an alternative to VMware, which also happens to be a sister company of Dell EMC. In any of those scenarios, Dell EMC says there is a fundamental shift toward pre-integrated systems under way.

“The primary benefit is that IT organizations can scale out in much smaller increments,” says Gil Shneorson, vice president and general manager for VxRail at Dell EMC. “The entry-level price is now under $45,000.”

Similarly, Lenovo is trying to capitalize on HCI by partnering with both Nutanix and several other providers of HCI software. While its primary focus is on Nutanix, it’s clear that Lenovo views HCI as an opportunity to usurp both Dell EMC and HPE at a time when many IT organizations are rethinking their data center architectures. And just to make matters more interesting, Nutanix is making its software available on Cisco servers, regardless of whether Cisco likes it or not.

Michael Vizard
Michael Vizard is a seasoned IT journalist, with nearly 30 years of experience writing and editing about enterprise IT issues. He is a contributor to publications including Programmableweb, IT Business Edge, CIOinsight, Channel Insider and UBM Tech. He formerly was editorial director for Ziff-Davis Enterprise, where he launched the company’s custom content division, and has also served as editor in chief for CRN and InfoWorld. He also has held editorial positions at PC Week, Computerworld and Digital Review.
Previous article
Every Day Is Now Halloween for IT Industry
Next article
Digital Business Drives New Workflow Opportunities