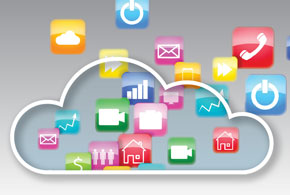 One of the major sources of contention between the channel and cloud applications providers is that because many of these vendors initially sold direct, they have substantial services arms that are often in conflict with their partners. This is a significant issue because, given the level of profits generated by selling SaaS applications, the only way to make money is to deliver value-added services on top of them.

At the recent SAP Global Partner Summit, Rodolpho Cardenuto, president of global partner operations for SAP, pledged that outside of the major enterprise IT accounts, SAP will not seek services revenue around cloud applications. In effect, SAP has set up a hard deck that reserves services opportunities generated by small and midmarket businesses (SMBs) for SAP partners.

Cardenuto said the only two exceptions to that rule are when an enterprise customer has an existing relationship with SAP but is no longer large enough to be considered an enterprise-class customer, and when the customer insists SAP deliver the service. In that latter case, he added, the SAP services will always be more expensive than the ones provided by a partner, and, wherever possible, the company will enlist partners as subcontractors to fulfill the contract.

SAP is also willing to finance many of the cloud application deals, Cardenuto said. Because partners have historically funded their operations by reselling software that they got paid for first and then paid the vendor second, the shift to the cloud has been traumatic. If a partner is investing in implementation services for SAP cloud applications, he said that the company is willing to share some of the profits generated by a multiyear cloud contract up front with the partner.

Each of these arrangements would have to be worked out with individual partners. But Cardenuto added that the partner would be responsible for paying back those financing dollars should the customer fail to fulfill the terms of the service contract.

In those scenarios, SAP is treating partners as agents rather than resellers because the revenue would be recognized by the vendor rather than the partner. However, for partners that are having a difficult time making the financial transition to the cloud, SAP is willing to provide a cushion.

SAP is not the only company that’s providing a hard deck for partners when it comes to services. Microsoft, for example, has had a similar approach to the channel for years. But most cloud application vendors have what can best be described as a business model that is a holdover from a previous era of the cloud.

On-premises deployments still dominate right now, but there’s no doubt that the cloud will eventually become the dominant model for delivering applications. As the channel—along with customers—starts to shift toward the cloud, many partners would be well-advised to take a careful look at how much of the services revenue pie is available for them before committing to a cloud application provider.