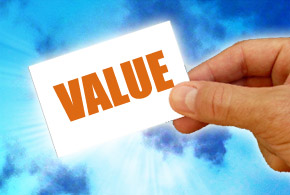 There’s never been much love lost between telecommunications carriers and traditional channel resellers. Large swaths of the channel always felt that carriers were abusing their ability to buy network equipment in bulk and then resell a portion of it to corporate customers at price points that undercut resellers.

Now, conflict between carriers and resellers that are evolving into managed service providers is opening on a new front. Many MSPs are trying to leverage their positions as resellers of desktop PCs to provide managed services to the client. But those moves come at the same time that many IT organizations have been embracing mobile computing devices, most of which are acquired via multi-year contracts involving carriers.

Now both segments of the channel are aiming to deliver workspace-as-a-service offerings via the cloud to expand their reach. Transparency Market Research forecasts that the WaaS market will be valued at $18.37 billion in 2022.

Max Pruger, chief sales officer for CloudJumper, a provider of a WaaS platform, said the channel is not paying enough attention to the competitive threat posed by carriers.

“WaaS is becoming a lot easier for telcos to sell,” Pruger said. “We may be looking at the beginning of a channel eclipse.”

For carriers, WaaS represents a new opportunity to expand their business well beyond core networking services.

“Telcos are always looking for ways to bundle non-core services,” said Gartner analyst Mike Dorosh. “Their primary interest is in anything that can drag along core voice and network services.”

Carrier presence in the market leaves solution providers with three basic choices: become an agent that resells the carrier WaaS offering, resell a cloud service or attempt to build their own, Dorosh said.

“They can become an arms dealer, an arms broker or go it alone,” he said.

Most distributors view WaaS as a major opportunity. However, because they carry offerings from both carriers and cloud service providers, they are, as a rule, assiduously neutral in terms of backing one approach versus another.

At the same time, Daniel Saks, president and co-CEO of AppDirect, said there are still too many traditional solution providers that are afraid to cannibalize their own existing reseller business, which in turn leaves the door open for rivals.

“The end customer is getting tired of having to make the up-front investment in software and gear as well as all the people they need to hire to manage it,” said Saks.

No matter how the battle ultimately plays out the good news for solution providers is that there is no shortage of WaaS options. The real issue now is figuring out how to adjust their business models to accommodate selling WaaS offerings in a way that allows them to add a lot more value than simply reselling, for example, Microsoft Office 365 as a cloud service.

Michael Vizard
Michael Vizard is a seasoned IT journalist, with nearly 30 years of experience writing and editing about enterprise IT issues. He is a contributor to publications including Programmableweb, IT Business Edge, CIOinsight, Channel Insider and UBM Tech. He formerly was editorial director for Ziff-Davis Enterprise, where he launched the company’s custom content division, and has also served as editor in chief for CRN and InfoWorld. He also has held editorial positions at PC Week, Computerworld and Digital Review.
Previous articleDistribution Becomes Programmable
Next articleWhat Microsoft Training Program May Mean to Channel