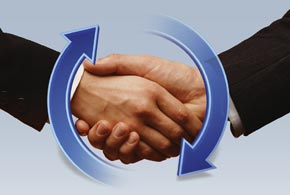 In the wake of being spun out of Dell prior to the merger between Dell and EMC, Quest Software is now in the process of trying to reconnect with the channel. With that goal in mind, Quest Software has aligned itself with Tech Data to make a broad range of IT management, data protection and security software available to channel partners.

The challenge Quest Software faces as an independent company is that its history in the channel has been bumpy. Prior to being acquired by Dell, the company was best known for selling many of its offerings direct rather than indirect.

Once acquired by Dell, there was a tumultuous attempt to merge all of Dell’s security technologies under one business unit. That unit included SonicWALL, which Dell had acquired prior to Quest Software. Subsequently, Dell backed off from that initiative after many SonicWALL partners complained that too much of the focus on the new business unit was on direct sales.

Quest Software is currently owned by Francisco Partners and Elliot Management, a pair of venture capital firms that hired a new management team led by Quest Software CEO Jeff Hawn,  who is looking to rebuild the company’s sales and marketing efforts.

Diane Krakora, CEO of channel consulting firm PartnerPath, says Quest Software will have its work cut out for it when it comes to building relationships in the channel in the wake of being spun out by Dell. “Most channel partners don’t tend to put a lot of faith in companies that get acquired and then spun out again,” she says.

However, the direct sales staff that Quest Software once had in place became subsumed by the larger Dell entity. So, as far as Quest Software is concerned, the best part about being an independent company from a channel perspective is getting to start all over again in ways some partners might find more appealing than the way the company operated before being acquired by Dell.