Low-Code Platforms Can Take Channel to a Higher Place 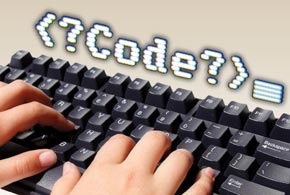 Solution providers are being continuously told to expand the scope of their services by adding or extending their application development capabilities. Only then will they be in a commanding position that will enable them to pull in the other technologies needed to deploy that application in the form of a complete solution.

The only problem with that advice is that developers are in short supply and are expensive to hire and retain. Because of that issue, it’s incumbent on solution providers to maximize the productivity of what limited development resources they have.

To achieve that goal, Bob Wilson, vice president of global channel sales for OutSystems, said the company has been working a lot more closely with channel partners. Those partners have discovered that low-code application development platforms such as OutSystems enable them to develop more applications faster with a limited number of developers. To further that aim, OutSystems recently announced that it had signed a distribution agreement with Synnex.

Wilson said low-code platforms still require individuals that understand the fundamentals of how to construct an application. But because so much of the routine code is automatically generated, partners can focus more of their time and effort on aspects of the application where their unique intellectual property adds real business value.

OutSytems recently moved to make it simpler to achieve that goal by providing plug-ins that make it possible to invoke artificial intelligence services in the clouds provided by Microsoft, IBM and Amazon Web Services (AWS).

Wilson said that. thanks to the rise of digital transformation projects, interest in low-code platforms has never been higher. In the last quarter alone, OutSystems reports adding more than 144 new customers. On average, he said, OutSystems is adding 18 new partners a quarter. The issue, he added, is not whether low-code platforms are ready for the channel, but whether the channel is ready for them.

Wilson pointed out that having more partners does not always translate into better customer outcomes. Because of that issue, OutSystems works closely with each new partner until the company is confident the partner has attained a 100 percent referenceable implementation of an application. In fact, he said that his highest priority is making sure partners get certified.

Even though application development has become simpler, Wilson said that there’s still a preference to rely on third-party expertise. Most organizations don’t have the internal expertise available to build all the applications they require.

Because of the time and expense associated with building those applications, many potential projects never get off the ground. Wilson said the biggest challenge OutSystems faces is educating the bulk of the channel that there is a more efficient way to develop custom applications.

Moving beyond reselling and managing IT infrastructure has been a long-standing challenge for the channel. In addition to OutSystems there are now low-code platform from rival vendors such as Mendix, Appian and Salesforce.

The challenge and opportunity facing solution providers now is figuring out which of these platforms provides the best fit to help them reinvent themselves.