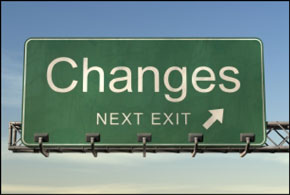 As Lenovo prepares for a Lenovo TechWorld conference in China, the company’s approach to the channel is evolving in North America. Sammy Kinlaw, channel chief for Lenovo in North America, said the firm is endeavoring to focus its channel partners on higher-margin PCs, while also creating a dedicated data center channel program.

Previously, Lenovo had been hungrily focused on gaining market share across the entire PC spectrum, while also trying to get channel partners that sell PCs to also push servers and appliances that typically get deployed in data centers or remote offices. Now, Kinlaw reported, Lenovo is aiming to reward partners that sell a mix of higher-end PCs in any deal.

In addition, Lenovo created a dedicated Data Center Group that focuses on servers, storage, hyperconverged infrastructure (HCI) appliances developed in collaboration with Nutanix, and forthcoming extensions to its software-defined network (SDN) portfolio. As part of that effort, the DCG is developing its own channel programs and dedicated partners.

Both those strategies will be a challenge for the channel. PC manufacturers across the board have had a difficult time competing with Apple at price points above $1,000. IT organizations that rely on resellers typically favor less-expensive PC models.

For Lenovo to succeed in this arena, its channel partners will need to find ways to appeal to business executives who might be willing to insist on having a high-end PC system. Of course, many of those same executives are now relying less on traditional PCs in favor of tablets and 2-in-1 devices, as the demand for traditional PCs continues to decline.

At a recent Lenovo Transform event, the company unveiled one of the smallest workstations available; pledged to deliver a raft of Smart Office software; signaled its intention to compete in the conference room space by partnering with Microsoft and Intel; promised innovations spanning both augmented and virtual reality applications; and even showed a prototype of a PC made from materials that can fold. In addition, Lenovo launched its first PC-as-a-service program, which lets customers pay for devices monthly.

Kinlaw admitted that, in the last year, Lenovo has had some distribution issues making available classes of servers that were in the highest demand. But he added that, as IT organizations gear up to make the transition to a new generation of NVMe (non-volatile memory express) systems, Lenovo aims to compete more aggressively against Dell EMC and Hewlett-Packard Enterprise (HPE).

At the same time, however, Lenovo and other server manufacturers must contend with the fact that many application workloads are now being deployed on public clouds rather than local servers.

Selling higher-end PCs, along with becoming a significant player in the data center, is a tall order. If Lenovo achieves either of these goals, it will be a remarkable achievement.