Kubernetes Comes to the Channel 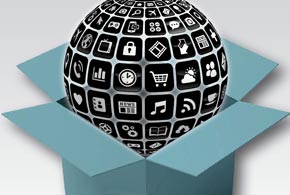 Within application development circles, containers such as Docker are taking the world by storm. Surveys typically find that the majority of IT organizations have deployed at least one container application in production.

Naturally, there’s a fierce battle under way between proponents of Docker and an open-source Kubernetes project led by the Cloud Native Computing Foundation (CNCF) to provide the management layer for managing those containers. (Kubernetes was originally developed by Google.)

The CNCF counts among its core members Ret Hat, IBM, Dell Technologies, Google, CoreOS, Amazon Web Services, Microsoft and even Docker, and the newest member of the consortium is Oracle. As part of an effort to increase Kubernetes expertise in the channel, the CNCF has announced that 22 service providers have been formally certified.

Dan Kohn, executive director of the CNCF, said the consortium has a vested interest in making sure that IT service providers have an appropriate level of expertise, in addition to providing the education material required to achieve that expertise.

Initially, Kubernetes required a lot of engineering expertise to deploy. But, Kohn added, over time, Kubernetes has significantly simplified the processes that need to be mastered in order to deploy and manage a Kubernetes cluster. That, in turn, makes Kubernetes accessible to a broader number of IT organizations and channel partners.

Solution providers across the channel should be paying close attention to how Kubernetes and containers get deployed. Today, most instances of containers are running on public clouds that employ virtual machines, or in on-premises environment that similarly deploy containers on top of virtual machines.

However, there’s a case being made to deploy Kubernetes and containers on top of bare-metal servers as an alternative to virtual machines. As such, Kubernetes and rival container orchestration engines have the potential to be the most disruptive technology to come down the enterprise pike in recent memory.

In the meantime, as instances of Kubernetes and containers proliferate across multiple public clouds and on-premises environments, a lot of the complexity associated with trying to deploy and manage applications across hybrid cloud computing environments gets sharply reduced. Instead of having to manage multiple clouds in isolation, it becomes feasible to employ a central console to manage multiple instances of Kubernetes, regardless of where they are deployed.

It may take a while to feel the full weight of the impact Kubernetes is about to have on IT. But, if solution providers want to stay relevant in the world of modern cloud-native applications, they should develop some level of Kubernetes expertise within the next year.