IT Budget Forecast for 2017 Mirrors 2016 Estimates 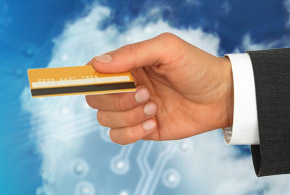 IT Budget Forecast for 2017 Mirrors 2016 Estimates

While spending on cloud computing projects will be up for 2017, IT budgets overall are expected to be in-line with this year’s levels, a new survey from Spiceworks finds. On average, IT budgets will be $294,081, up about 1% from the $293,093 organizations say they will on average spend on IT in 2016. However, 60% of respondents say they expect the amount of revenue their organizations generate to increase in 2017. IT spending is usually tied to a percentage of revenue. The vast majority of organizations (64%) expect to see no change in their IT staffing requirements in 2017, but 30% did say they expect the size of their IT staffs to increase. Virtualization tops the list at 15%, followed closely by productivity applications and operating systems, tied at 13%. General IT services tops the list, at 17%, followed closely by consulting, at 15%. Storage and hosting services are tied at 14% each. Drivers of New IT Acquisitions

End-of-life licensing and warranty issues were cited by 70% as the primary reason for acquiring new products. Company growth/additional needs was cited 63% of the time, followed by upgrade/refresh cycles (59%), project need (58%) and end-user requirements (57%). Least cited were new features (27%) and discounts on product pricing or services (11%). A little more than four in 10 (41%) already have a mobility solution in place, and 14% plan to implement one. Meanwhile, 33% say they have advanced security solutions in place while 25% are planning to adopt them. Additionally, 30% have invested in IT automation and 19% plan to do so. Most Important IT Initiatives

Michael Vizard
Michael Vizard is a seasoned IT journalist, with nearly 30 years of experience writing and editing about enterprise IT issues. He is a contributor to publications including Programmableweb, IT Business Edge, CIOinsight, Channel Insider and UBM Tech. He formerly was editorial director for Ziff-Davis Enterprise, where he launched the company’s custom content division, and has also served as editor in chief for CRN and InfoWorld. He also has held editorial positions at PC Week, Computerworld and Digital Review.
Previous article
What Microsoft Training Program May Mean to Channel
Next article
How Channel Can Help Customers Cut Mobile Costs