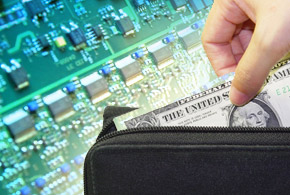 Aiming to accelerate a corporate transition away from buying devices such as PCs in favor of renting them, Ingram Micro this week launched a financial program through which channel partners can leverage the distributor’s financial muscle to create an alternative approach to traditional leasing.

Kelly Carter, executive director for credit and financial solutions at Ingram Micro, said the Device-as-a-Subscription program is designed to create a simpler approach to acquiring end-point devices that gives partners and their customers an easier way to stay up-to-date on the latest hardware for a modest monthly fee.

“There’s a need for a simpler approach to all the paperwork involved with leasing,” said Carter. “This is designed to be a monthly subscription.”

Another economic benefit to this approach, added Carter, is that it allows organizations to write off the entire monthly fee as an operational expense. In contrast, when a device is acquired, it gets treated as a capital expense that can only be partially written off over an extended period of time. The program as it currently works spans desktops, notebooks and tablet devices, but not smartphones.

Jack Gold, principal analyst with J. Gold & Associates, a market research firm, noted that many organizations are now reluctant to spend a lot of cash up-front to acquire devices for hundreds of end users all at once. As a result, they tend to hang on to IT equipment much longer than they optimally should, he said.

“This makes it a lot easier for many businesses to stay current,” said Gold. “A lot of IT organizations also have a huge problem disposing of equipment they own.”

Carter said that in the case of Ingram Micro at least devices would be returned to the distributor after a two-year contract. The distributor would then resell that used equipment, which Carter said is one of the ways Ingram Micro is subsidizing the rental program. End customers would also have the option of building upgrades into the lifecycle of the service contract.

Solution providers, meanwhile, can wrap a variety of managed services around endpoints that generally wind up being more profitable because newer equipment is less likely to require manual service.

In the meantime, solution providers that embrace this model are essentially turning hardware into a source of recurring revenue at a time when many organizations are looking to outsource lower-level IT management functions in order to better concentrate their financial resources on functions that directly affect the services they provide. The challenge solution providers now face is identifying the end-user organizations that are open to having that conversation.

Michael Vizard
Michael Vizard is a seasoned IT journalist, with nearly 30 years of experience writing and editing about enterprise IT issues. He is a contributor to publications including Programmableweb, IT Business Edge, CIOinsight, Channel Insider and UBM Tech. He formerly was editorial director for Ziff-Davis Enterprise, where he launched the company’s custom content division, and has also served as editor in chief for CRN and InfoWorld. He also has held editorial positions at PC Week, Computerworld and Digital Review.
Previous article
Digital Transformation: A Tale of Many Technologies
Next article
Cloud, Security Come of Age for Channel as IoT Emerges