IBM Brings the Cognitive Era to the Channel 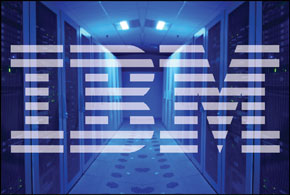 At the IBM PartnerWorld 2017 conference this week, IBM made it clear that it wants partners to gain some hands-on experience using the IBM Watson cognitive computing platform to help them gain a better understanding of how to apply it across a variety of solutions.

IBM announced that it has developed a PartnerWorld Advisor, a support tool based on Watson that is intended to make it simpler for partners to navigate the IBM PartnerWorld portal to better understand how to partner with IBM. The goal is to expose partners to artificial intelligence (AI) technologies in a way that will stimulate them to apply Watson across a variety of use cases, said Mike Gerentine, global vice president of channel marketing for IBM.

As part of that effort, the company has also launched a contest. Gerentine  explained that  21 partners have been invited to compete in efforts to build a Watson-based solution in partnership with IBM.

In addition, the firm revealed a series of initiatives designed to move more data into an IBM Cloud, where it can be analyzed using Watson. A case in point is an alliance with ServiceNow, which will allow data in ServiceNow software-as-a-service (SaaS) applications to be exposed to Watson algorithms.

Workloads running in on-premise environments based on VMware will also be moved into the cloud via an existing relationship between the two companies. IBM announced this week that it will build specific channel programs around this initiative.

Gerentine also reported that IBM has solidified the 40 competencies in which it wants partners to specialize. The initiative, which was announced last year, is now being augmented to include a base level of annual revenue a partner will have to generate, as well as customer satisfaction ratings a partner will need to demonstrate, in order to maintain its status in the IBM channel program.

Also on tap are new incentives to help motivate partners to sell specific products and services into the commercial sector.

Over the past several years, IBM has made major investments in Watson. However, Diane Krakora, CEO of PartnerPath, a channel consulting firm, said that many partners are concerned that too much of IBM’s focus is on Fortune 100 companies that have the skills and resources required to implement a Watson solution.

“The partners like the vision,” she explained, “but there’s anxiety about what partners can actually do today to generate revenue.”

Gerentine pointed out that strategic conversations concerning how to apply Watson will create opportunities for partners to address other customer IT challenges. “There’s a drag effect,” he said.

IBM also revealed that it will be applying machine learning algorithms to data that reside on premise, as well as in Watson. That effectively eliminates any absolute requirement for organizations to move all their data into an IBM cloud service in order to employ advanced analytics.

The challenge facing partners now will be weaving all these enabling technologies into a repeatable set of services that they can monetize across multiple customers.