Digital Transformation: A Tale of Many Technologies 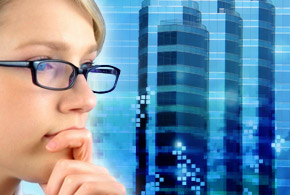 Digital Transformation: A Tale of Many Technologies

To tap into the digital business transformation trend, solution providers need to weave many technologies together. A full 89% of customers now acknowledge their industry is in the middle of some form of digital transformation. 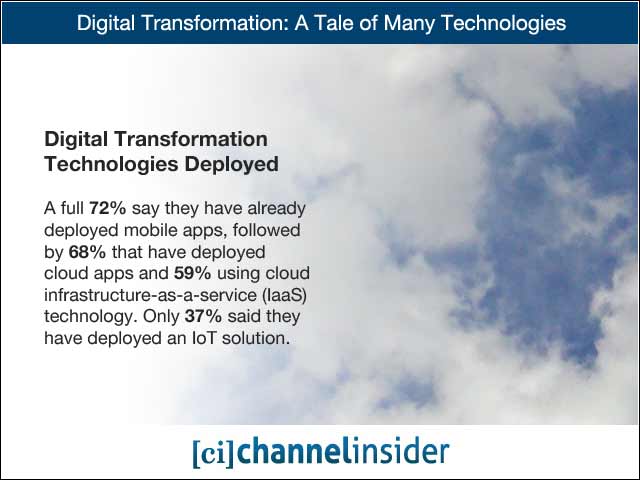 A full 72% say they have already deployed mobile apps, followed by 68% that have deployed cloud apps and 59% using cloud infrastructure-as-a-service (IaaS) technology. Only 37% said they have deployed an IoT solution. Just over half (55%) say they are gearing up to embrace IoT. Another 25% are focusing on providing self-service capabilities. 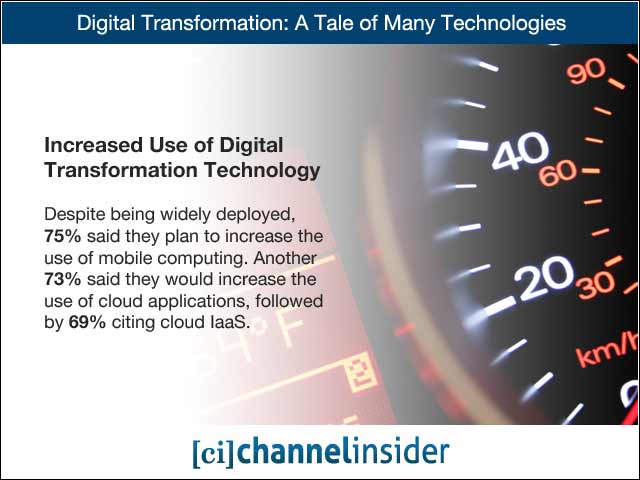 Increased Use of Digital Transformation Technology 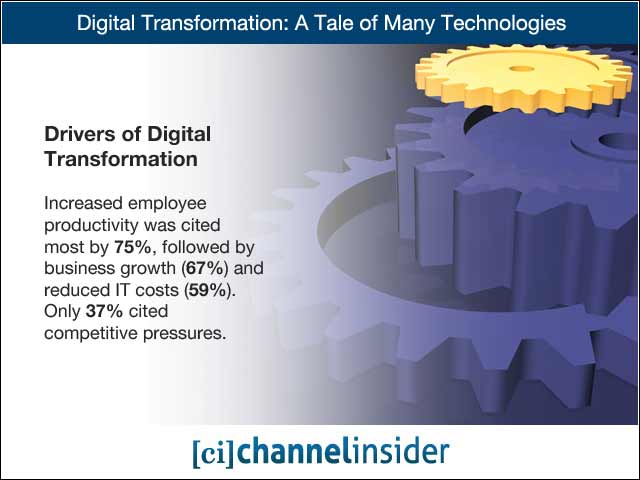 Increased employee productivity was cited most by 75%, followed by business growth (67%) and reduced IT costs (59%). Only 37% cited competitive pressures. IT Projects Driven by Digital Transformation

Well over half (56%) of all IT projects are now driven by a digital transformation initiative. 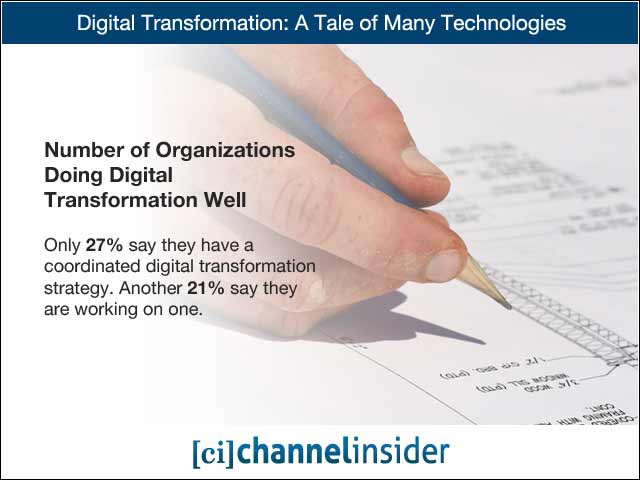 Only 27% say they have a coordinated digital transformation strategy. Another 21% say they are working on one. IT Security Role in Digital Transformation 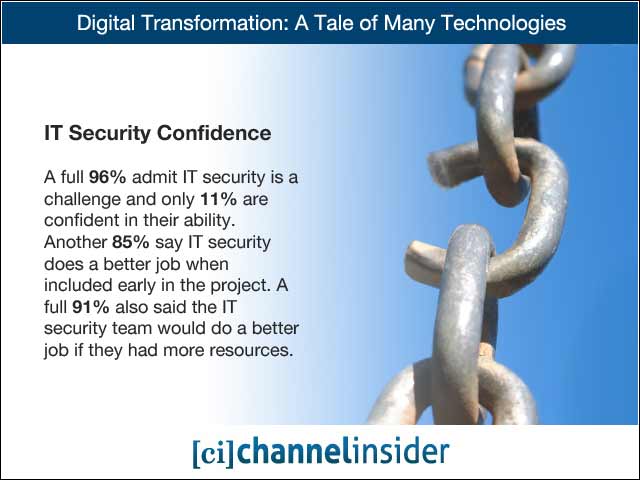 A full 96% admit IT security is a challenge and only 11% are confident in their ability. Another 85% say IT security does a better job when included early in the project. A full 91% also said the IT security team would do a better job if they had more resources. 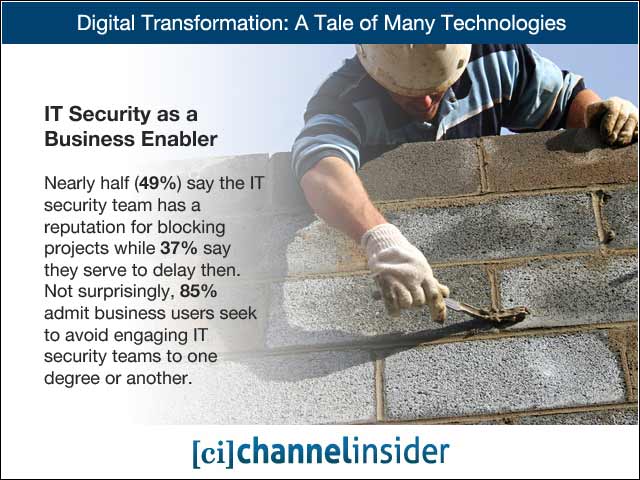 IT Security as a Business Enabler

Nearly half (49%) say the IT security team has a reputation for blocking projects while 37% say they serve to delay then. Not surprisingly, 85% admit business users seek to avoid engaging IT security teams to one degree or another.

Michael Vizard
Michael Vizard is a seasoned IT journalist, with nearly 30 years of experience writing and editing about enterprise IT issues. He is a contributor to publications including Programmableweb, IT Business Edge, CIOinsight, Channel Insider and UBM Tech. He formerly was editorial director for Ziff-Davis Enterprise, where he launched the company’s custom content division, and has also served as editor in chief for CRN and InfoWorld. He also has held editorial positions at PC Week, Computerworld and Digital Review.
Previous articleArtisan Becomes Neverfail to Extend Cloud Portfolio
Next articleIngram Micro’s Monthly Hardware Rental Program Debuts