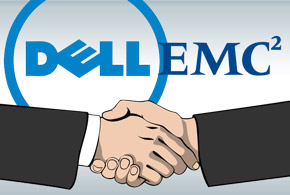 As promised earlier this year, Dell EMC recently began informing both EMC and Dell partners that beginning on Feb. 1, they would be placed within the four major tiers that make up the Dell EMC channel program, once the new Dell EMC fiscal year gets started.

While Dell EMC has been telegraphing the partner reviews since last October, many partners may not be aware of the fact that Dell EMC is aiming to review their status again six months or so after the February review.

Cheryl Cook, global vice president for channel marketing at Dell EMC, said that, as part of an effort to engage more deeply with business partners on planning, the company expects to move to a biannual review process. Naturally, Dell EMC is relying more than ever on partners to close deals following a merger that creates a massive product portfolio that the firm will need every indirect and direct sales representative to actively sell.

Dell EMC is also trying to make sure that partners don’t rest on their status laurels from the previous years, while continuing to take advantage of rebates and other channel programs. Like many IT vendors that have invested in advanced analytics, the company expects to have more real-time visibility into indirect sales. That, in turn, creates an opportunity to review a partner’s status more than once a year.

How aggressive Dell EMC and other vendors will be during any review that occurs more than once a year remains to be seen. Diane Krakora, president of PartnerPath, an IT channel consulting firm, said most partners would not be able to absorb a change in status more than once a year because they have factored a certain amount of money for discounts and rebates into their business plans for the year.

At the same time, however, it’s clear that they way customers are buying IT products is fundamentally changing. Emerging technologies are being acquired faster, and spending on IT outside of the traditional tech budget has accelerated.

Those shifts require IT vendors and their channel partners to be able to shift sales motions with much more agility than in the past. The days when tech budgets were set in stone for a given fiscal year are long over.

Just how agile the channel can get remains to be seen. The one thing that is clear is that IT vendors are now demanding much more visibility into the sales process in return for discounts and support.

The real test will come when partners decide whether that vendor assistance is worth all the effort required to first attain and then maintain it.