10 Reasons Why Apple is So Successful 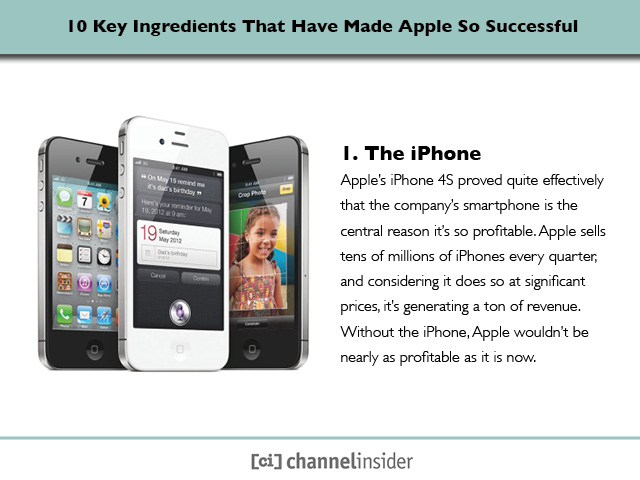 Apple’s iPhone 4S proved quite effectively that the company’s smartphone is the central reason it’s so profitable. Apple sells tens of millions of iPhones every quarter, and considering it does so at significant prices, it’s generating a ton of revenue. Without the iPhone, Apple wouldn’t be nearly as profitable as it is now. 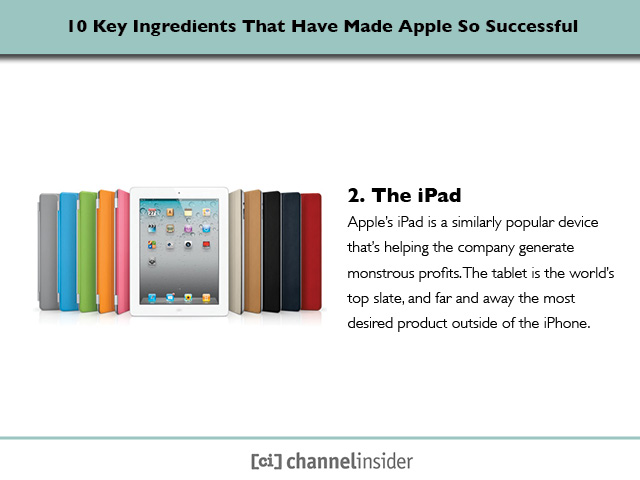 Apple’s iPad is a similarly popular device that’s helping the company generate monstrous profits. The tablet is the world’s top slate, and far and away the most desired product outside of the iPhone. 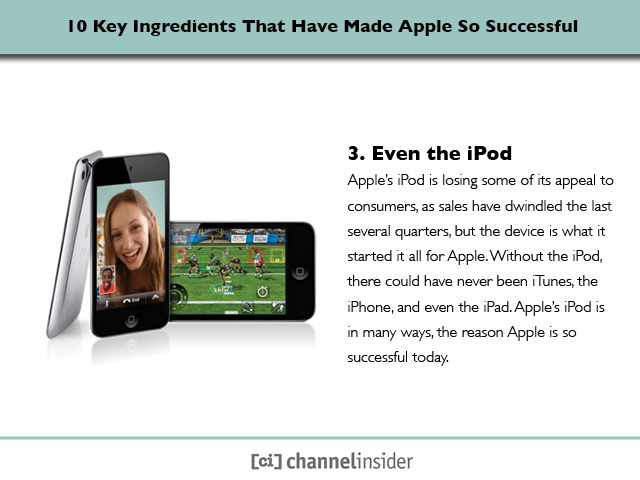 Apple’s iPod is losing some of its appeal to consumers, as sales have dwindled the last several quarters, but the device is what it started it all for Apple. Without the iPod, there could have never been iTunes, the iPhone, and even the iPad. Apple’s iPod is in many ways, the reason Apple is so successful today. 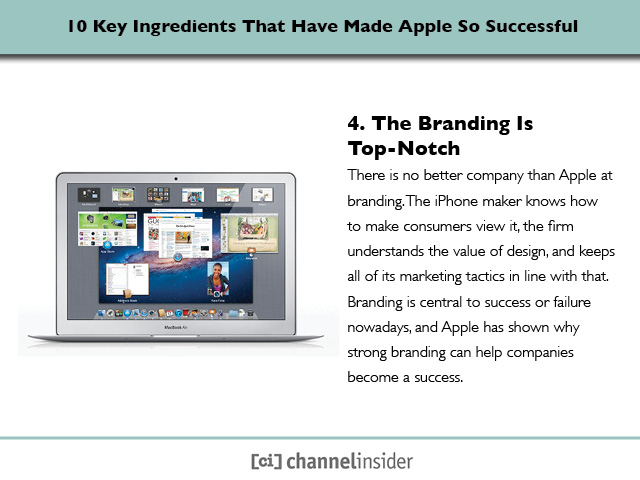 4. The Branding Is Top-Notch

There is no better company than Apple at branding. The iPhone maker knows how to make consumers view it, the firm understands the value of design, and keeps all of its marketing tactics in line with that. Branding is central to success or failure nowadays, and Apple has shown why strong branding can help companies become a success. 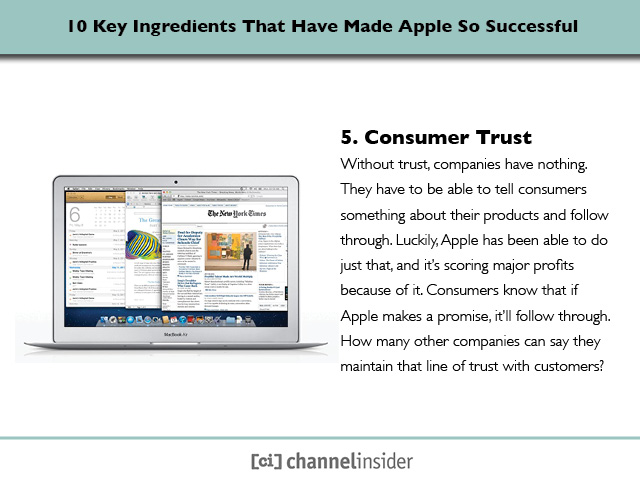 Without trust, companies have nothing. They have to be able to tell consumers something about their products and follow through. Luckily, Apple has been able to do just that, and it’s scoring major profits because of it. Consumers know that if Apple makes a promise, it’ll follow through. How many other companies can say they maintain that line of trust with customers? 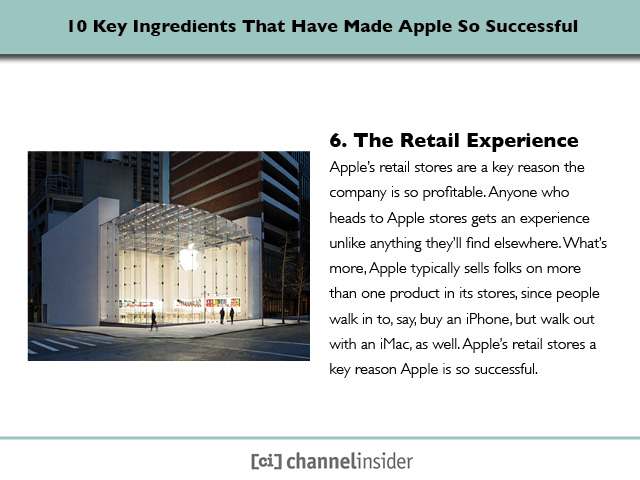 Apple’s retail stores are a key reason the company is so profitable. Anyone who heads to Apple stores gets an experience unlike anything they’ll find elsewhere. What’s more, Apple typically sells folks on more than one product in its stores, since people walk in to, say, buy an iPhone, but walk out with an iMac, as well. Apple’s retail stores a key reason Apple is so successful. 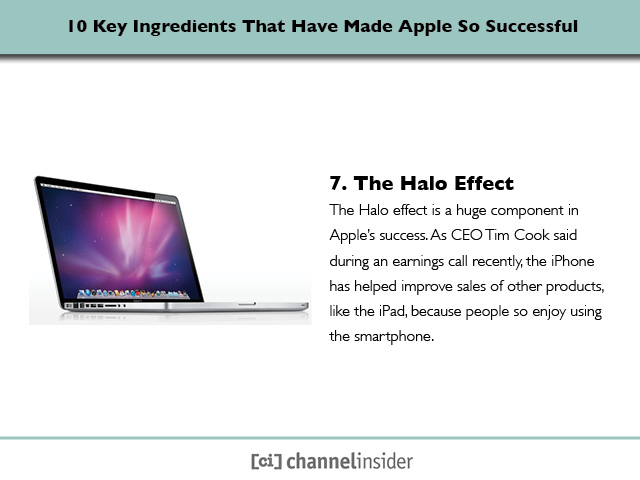 The Halo effect is a huge component in Apple’s success. As CEO Tim Cook said during an earnings call recently, the iPhone has helped improve sales of other products, like the iPad, because people so enjoy using the smartphone. 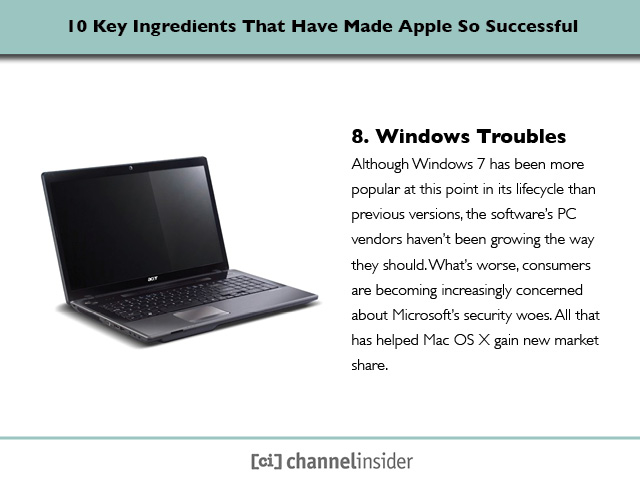 Although Windows 7 has been more popular at this point in its lifecycle than previous versions, the software’s PC vendors haven’t been growing the way they should. What’s worse, consumers are becoming increasingly concerned about Microsoft’s security woes. All that has helped Mac OS X gain new market share. 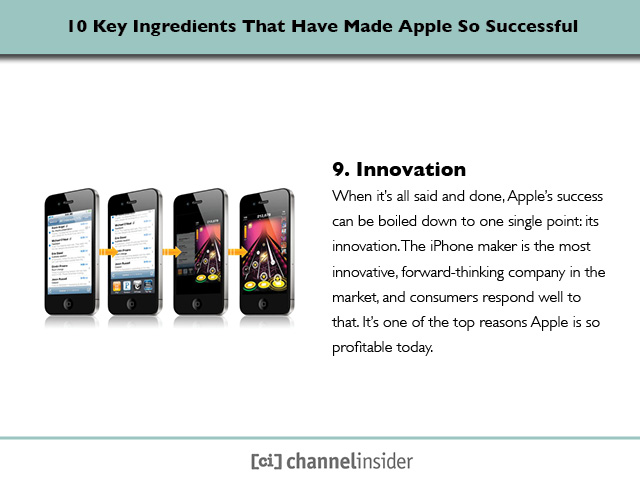 When it’s all said and done, Apple’s success can be boiled down to one single point: its innovation. The iPhone maker is the most innovative, forward-thinking company in the market, and consumers respond well to that. It’s one of the top reasons Apple is so profitable today. 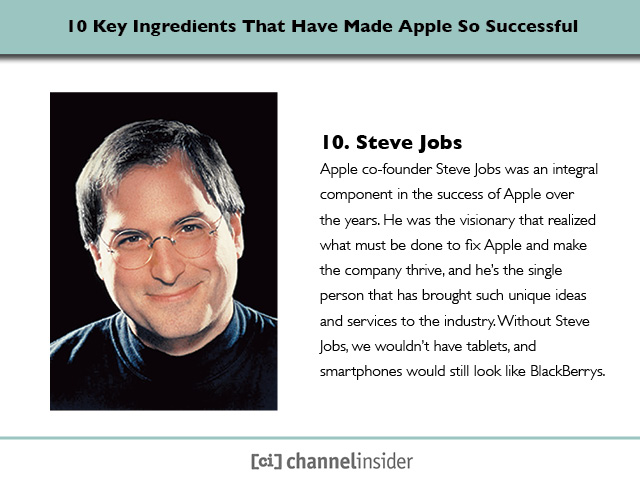 Apple co-founder Steve Jobs was an integral component in the success of Apple over the years. He was the visionary that realized what must be done to fix Apple and make the company thrive, and he’s the single person that has brought such unique ideas and services to the industry. Without Steve Jobs, we wouldn’t have tablets, and smartphones would still look like BlackBerrys.